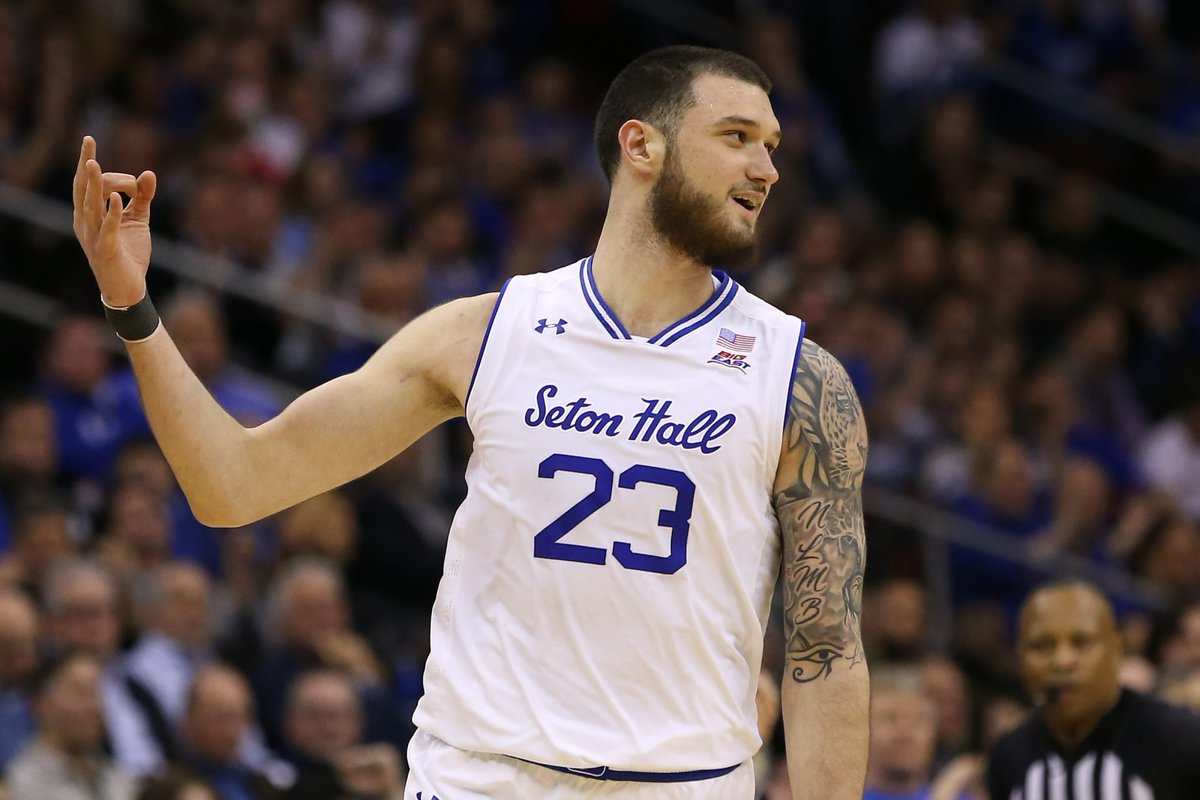 By ADAM ZAGORIA Sandro Mamukelashvili missed out on the NCAA Tournament and a potential Final Four run as a junior due to the pandemic. Now he’s returning to Seton Hall for his senior season to lead a deep run in the Big Dance next March. The 6-foot-10 native of the Republic of Georgia told ZAGSBLOG he will withdraw from the NBA Draft and return to campus for one more season. He met via Zoom with 17 NBA teams, including the Knicks, but did not receive an invite to the NBA Combine. The NBA withdrawal deadline is Monday. “There were a lot of options on the table but last year we started something special and we all took it personally that we couldn’t finish it,” he said Saturday by phone ahead of his public announcement. “Just going back right now and having summer workouts and being around the teammates, we all want to make history and we all just want to go back and show everybody what we couldn’t accomplish. I just want to finish business and show everybody that I can be a leader and the key player. And also I feel like I trust Coach [Kevin Willard] and the staff and with their help, I can make something special with my career and maybe I can make the early first-round or middle of the first round next year.” “Mamu” could be in the mix Big East Player of the Year honors after averaging 11.9 points and 6.0 rebounds despite missing 10 games to a wrist injury. “I think he’s going to be one of the best players in the country,” Willard said earlier this summer. Willard said he plans to play Mamukelashvili together with 6-10 sophomore Tyrese Samuel, an athletic big man who can shoot the three-ball. “I’m going to play Sandro and Tyrese Samuel together a lot,” Willard said. “I like having two guys on the court that can pass, dribble, shoot. I think it’s going to give us some really good matchups on the offensive and I like what they both do defensively. We can switch pick-and-rolls.” Led by Myles Powell, Seton Hall won a share of the Big East regular-season title and was in line to be a 3 or 4 seed in the NCAA Tournament before the postseason was canceled. Powell is awaiting the NBA Draft on Oct. 16. Mamukelashvili has been working out with the team, including Harvard grad transfer Bryce Aiken, in recent weeks. “Yessir, we started summer session so as long as we started, I loved it,” he said. Seton Hall loses Powell, point guard Quincy McKnight and big man Romaro Gill, but is adding Aiken, who averaged 22.2 points as a junior and 16.7 in seven games last season. The Pirates also return a solid core, including Samuel, Shavar Reynolds, Myles Cale, Jared Rhoden, and Ike Obiagu, while adding transfer Takal Molson and several freshmen. “I feel like we definitely lost top guys, but I feel like this year a lot of guys are going to step up the way they never stepped up before,” Mamukelashvili said. “I really believe we have great talent and we can achieve something good again.”
Follow Adam Zagoria on Twitter Follow ZAGSBLOGHoops on Instagram And Like ZAGS on Facebook