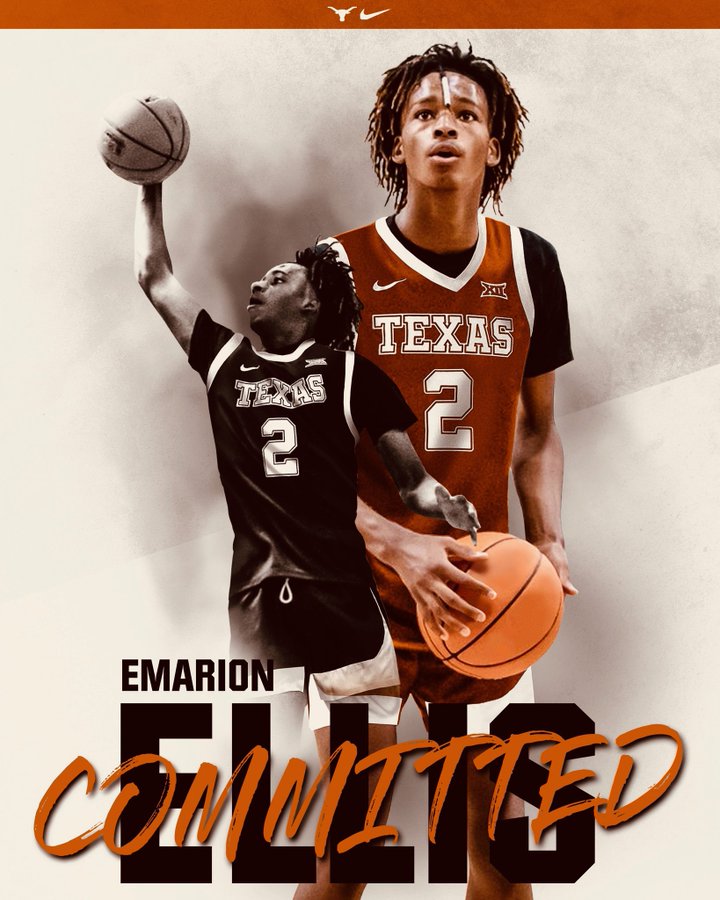 By JACOB POLACHECK Emarion Ellis is headed to Texas. “I feel like that was the right spot,” Ellis said by phone Tuesday. “Once again, with the coaches, that’s where I want to be.” Ellis, the 6-foot-5, 175-pound point guard from Central (IA) High School, chose Texas over schools such as Bryant, Louisiana Tech and UW-Milwaukee, among others. “They’ve been sending me stuff,” he said. “They just like how I play. If someone likes how I play, then it makes everything a lot easier.” Ellis’ commitment comes just four days after picking up an offer from the Longhorns. Ellis is yet to take a visit to Texas. “Just the person coach [Shaka] Smart is, as well as Cody [Hatt]” he said. “That’s the biggest thing.” He joins 6-foot-9 power forward Keeyan Itejere as the second commit in the Longhorns’ 2021 class. “I feel like coach has everyone in good hands,” Ellis said. “We aren’t going to do anything but get better, so hopefully something great happens there.” During the 2019-20 season, Ellis averaged 18 points, eight rebounds and 2.5 assists per game. “If I need to, I will get a bucket and I get my teammates involved,” Ellis said. “I can score and get places on the floor when I need to.” Follow Jacob on Twitter Follow Adam Zagoria on Twitter Follow ZAGSBLOGHoops on Instagram And Like ZAGS on Facebook