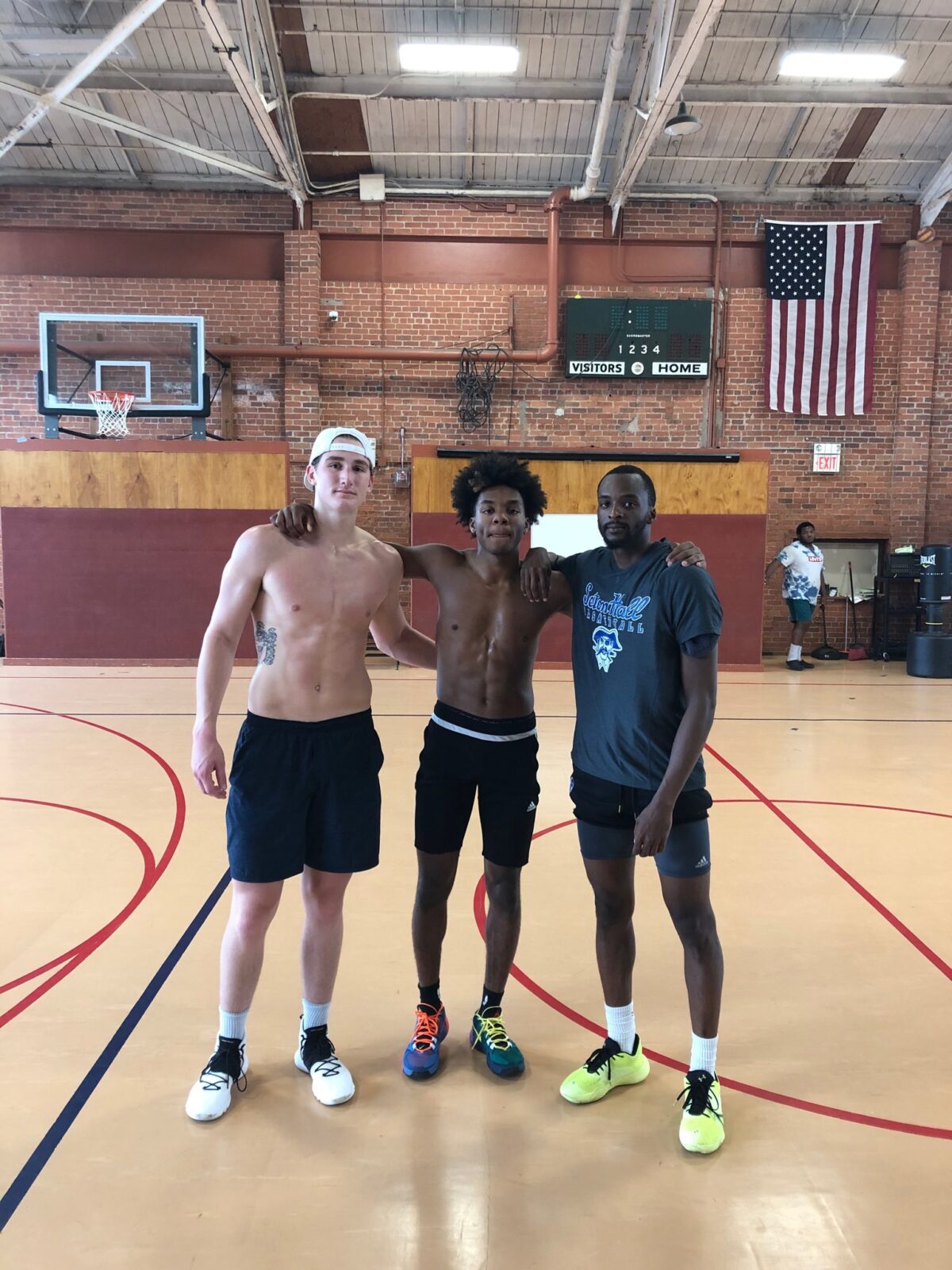 By ADAM ZAGORIA Avery Brown, the 6-foot-3 point guard from Northfield Mount Hermon (MA) and the PSA Cardinals, says four schools are working hardest to recruit him at the moment. Brown, a Beacon Falls, Conn., native, said Ohio State, Penn State, UConn and Yale are those four schools and he broke them down for ZAGSBLOG.

Penn State: “One thing that I admire about Penn State is their production of pro guards. I know that one day I will be a pro guard so learning from Coach [Pat] Chambers and the rest of the staff will allow me to prepare myself for that next level after college. The atmosphere at Penn State is incredible and to be surrounded by a great fan base is all a player wants.” Ohio State: “Ohio State has always been known for great guards such as D’Angelo Russell and Mike Conley and those are guys who have been really successful in the league and that’s where I see myself. The coaching staff at Ohio State reaches out daily and as time goes on our relationship will keep building.” UConn: “UConn now being back in the Big East is very exciting. Playing against the top programs in the country day in and day out is want I want to do at the collegiate level. UConn has a thing for producing pro guards who have great careers later on after college and for a young point guard like myself thats all I can ask for. Being a Connecticut kid and having the opportunity to stay home and play in front of family and fans is a great one.” Yale: “Yale was the first school to believe in my abilities and game so I will always have love for coach [James] Jones and the staff. Yale is such a prestigious institution and they play a high-level basketball schedule. I also like Yale’s offense in terms of how they execute ball screens every possession.” Brown said he’s also been hearing from Virginia Tech and Missouri. He also recently added offers from Old Dominion, Saint Louis and St. John’s. Follow Adam Zagoria on Twitter And Like ZAGS on Facebook