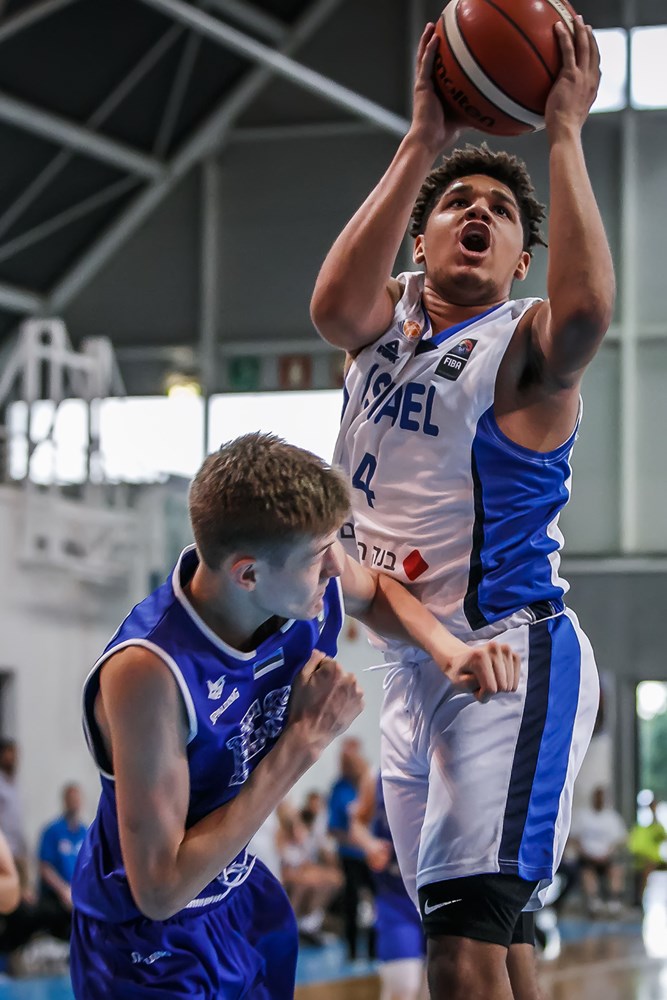 By JACOB POLACHECK Considered one of the top scorers in all of high school basketball, Class of 2022 guard Emanuel Sharp is catching the attention of college coaches from all over. Sharp, the 6-foot-4, 200-pound shooting guard from Bishop McLaughlin (FL), has picked up offers from Georgia Tech and Rutgers since college coaches began reaching out to Class of 2022 prospects on June 15. He broke down both schools for ZAGSBLOG Sunday: Georgia Tech: “He was the first one to offer. I talked to the head coach. He’s a great guy. He was just telling me about the school, the different types of players they’ve had over the years. It’s great program with a great campus.” Rutgers: “They just told me that it’s a great school, great campus and great league that they’re in. They were just promoting their coach and their school, telling me that it would be a great place to be at.” “Both schools told me that they’re going to recruit me heavily,” Sharp said. In addition to Rutgers and Georgia Tech, Sharp also holds offers from SMU, Florida, Texas Tech and USF. He broke down each school: SMU: “I haven’t really been in touch with SMU that much. I know they were one of the first schools to offer me last summer, so that was really great. I talked to the assistant coach about a week ago and we were just talking about the school, the campus and how they would love to have me. I haven’t been in contact with them that much.” Florida: “I went to one of their games last year and it was great. They played Florida State (Nov. 10). I took an unofficial visit and watched their game. I talked to their assistant coach and I talked with the head coach last week.” Texas Tech: “They’re very interested. They were the first school to call me. They called me right at 12 o’clock to hit me up. That meant a lot. They said I was their main priority and that they were going to heavily recruit me for my high school career.” USF: “I love USF. I love their head coach. I’ve been in touch with him a lot since he’s close to home. I’ve been to the campus a couple times. I’ve been to a few of their camps. He was just calling me, checking in on me. He told me that USF would be a great school for me and he wants to keep in touch.” Emanuel’s father, Derrick Sharp, played basketball at USF from 1991-93 before an illustrious career with Maccabi Tel Aviv. In his 15 seasons with Maccabi Tel Aviv, Sharp won a record 29 club titles, won two EuroLeague championships and later served as a Tel Aviv assistant coach under David Blatt. “He’s just been guiding me through it, talking with all the coaches to get to know them just as well as I do,” Sharp said about his father’s guidance during the recruitment process. “He’s been watching all the colleges to see and help decide which would be the best fit for me. He is just very knowledgeable about the whole recruitment process.” Sharp has taken multiple unofficial visits to USF, as well as the aforementioned Florida unofficial last year. “I’ve been looking at the program, the campus, the coaches definitely,” Sharp said. “I was talking to Rick Pitino from Iona and he was telling me that when I’m picking my school, I need to look at which school can develop me to get me to the next level after college.” “I need to think about that whenever I’m picking a school, so that’s what I’m going to be looking for whenever I make my choice.” Sharp has also received interest from Ohio State, Notre Dame, Holy Cross, Iona, Houston, Florida State, UCF, Miami and Georgia. With the coronavirus pandemic, Sharp has been unable to take visits of late, but he says that when he is able, visits will be a ‘main priority’. “The next steps now are to continue playing and be in contact with more of the coaches so they can watch me some more,” Sharp said. “Whenever this coronavirus is over, then that will be the main priority, visiting, getting to campuses and furthering the bond with coaches.” Sharp says he has no particular schools that he plans on visiting. “I’d like to see all the schools and keep my options open,” he said. After finishing as the state’s fourth-leading scorer and ranking among the top 20 in the nation with an average of 31.9 points per game at Blake High (FL) last season, Sharp is headed to Bishop McLaughlin for his junior year. “I would describe myself as a combo guard who can score the ball and also get his teammates involved,” he said. “I’ve been doing a lot of strength and conditioning with a trainer. I’ve been going there with my brother like every other day.” Sharp finished as the overall scoring leader at the FIBA U16 European Championship in 2019 with 25 points point per game while playing up a year. He averaged 30 minutes per game. Photo: FIBA Follow Jacob on Twitter Follow Adam Zagoria on Twitter And Like ZAGS on Facebook