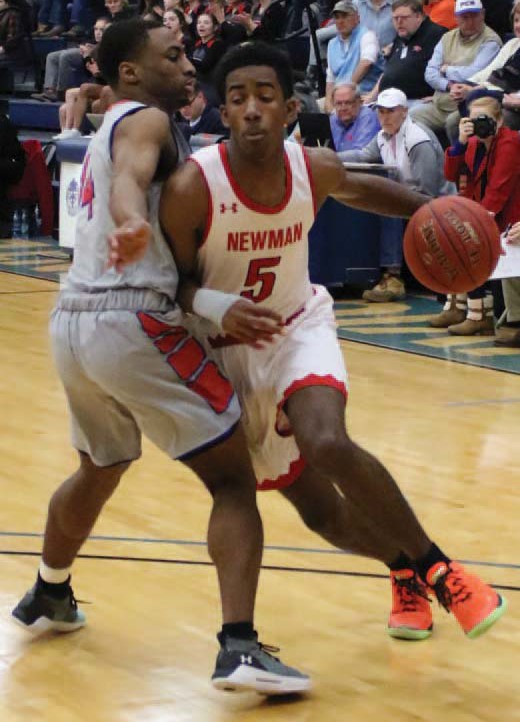 By JACOB POLACHECK Joshua Beadle is headed to Clemson. Beadle, the 6-foot-3, 168-pound combo guard from Cardinal Newman (SC) School, committed to Clemson on Saturday over Charleston, Furman, VCU and Wake Forest. “Clemson fans can expect a versatile guard who’s a good person off the court as well,” Beadle told ZAGSBLOG via text. “Also the deciding factors were really every school checked off my boxes but they’re an ACC school that made me priority.” Beadle is the first commit in Clemson’s 2021 class. “I feel I’ll fit in as a 1 or a 2 guard position that’ll score and make plays for the guys,” he said. Beadle has taken multiple unofficial visits to Clemson and picked up an offer from the Tigers in early May. According to 247Sports.com, Beadle is ranked as the No. 12 combo guard and No. 134 overall player in the Class of 2021. “Josh is a gifted basketball player who makes the game look easy, but also has the understanding and drive to never stop improving or learning the game,” Cardinal Newman head coach Philip Deter told ZAGSBLOG via text. “He is a flat out winner who competes everyday to make his team better.” “Over the last four year Josh has played a key role into why Cardinal Basketball has been successful and look forward to seeing that translate to the next level at Clemson and beyond!” Beadle averaged 16.9 points, 6.2 rebounds and 3.8 assists as a junior during the 2019-20 season, earning All-Region and All-State honors and leading Cardinal Newman to their second consecutive state championship. Photo: Columbia Star Follow Jacob on Twitter Follow Adam Zagoria on Twitter And Like ZAGS on Facebook