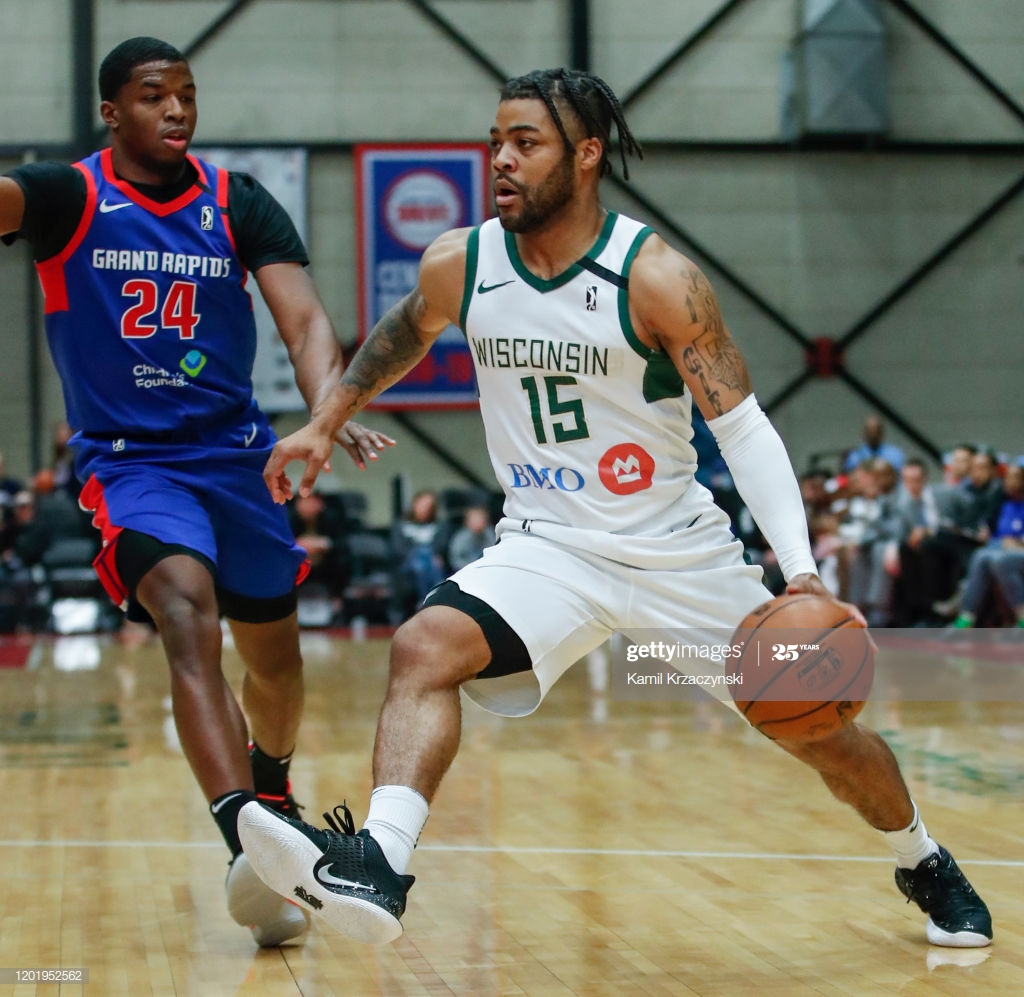 By JACOB POLACHECK Wisconsin Herd guard Frank Mason III has been named the 2019-20 NBA G League Most Valuable Player, the league announced Thursday. Mason, the 5-foot-11, 190-pound guard, signed a two-way contract with the Milwaukee Bucks last July. This season, Mason led the G League in scoring with 26.4 points, shooting 50.4 percent from the field, 42.5 percent from three-point range and 81.5 percent from the free-throw line. He also averaged 3.4 rebounds and 5.0 assists in 23 games played. The herd went 18-5 with Mason in the lineup, finishing with a G League-best 33-10 record. The NBA G League canceled the remainder of its 2019-20 season on June 4.  The regular season was suspended on March 12 and had been scheduled to conclude on March 28. Herd guard Jaylen Adams and Maine Red Claws guard Tremont Waters finished second and third, respectively, in MVP voting. This season was Mason’s first stint in the G League after spending his first two seasons with the Sacramento Kings. In his senior season at Kansas during the 2016-17 season, Mason was awarded multiple player of the year awards and was later selected as the No. 34 overall pick in the 2017 NBA Draft. Follow Jacob on Twitter Follow Adam Zagoria on Twitter And Like ZAGS on Facebook