Unable to get into Michigan, Nojel Eastern reopens recruitment 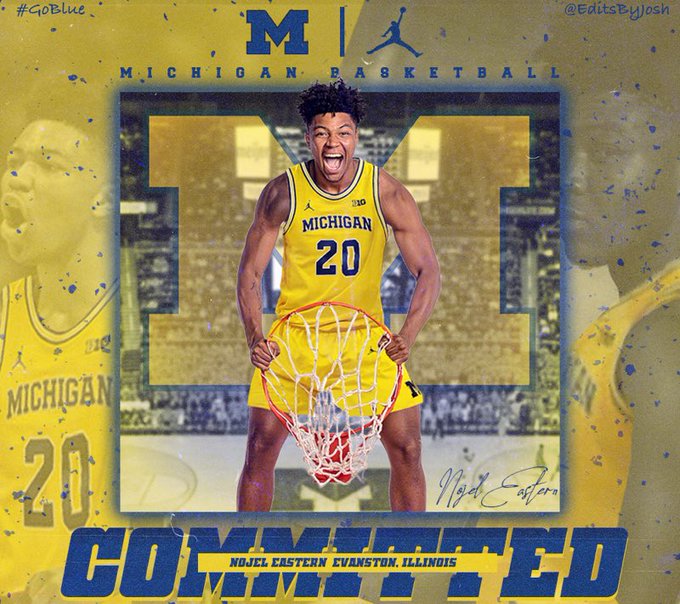 By ADAM ZAGORIA Unable to get into Michigan because of a lack of credits, Purdue transfer Nojel Eastern is re-opening his recruitment.

Eastern, a 6-foot-7, 225-pound junior wing from Evanston, IL, averaged 4.9 points, 4.0 rebounds and 2.7 assists per game last season, while shooting 42.0 percent from the field. As a sophomore during the 2018-19 season, Eastern played. a significant role for the Boilermakers, starting in 35 of 36 games and averaging 7.5 points, 5.5 rebounds, 2.5 assists and 1.1 steals per game. Wherever he lands, Eastern will have to sit out the 2020-21 season unless he receives a waiver for immediate eligibility. Follow Adam Zagoria on Twitter And Like ZAGS on Facebook

Caleb Houstan to Michigan, giving the Wolverines the No. 1 recruiting class