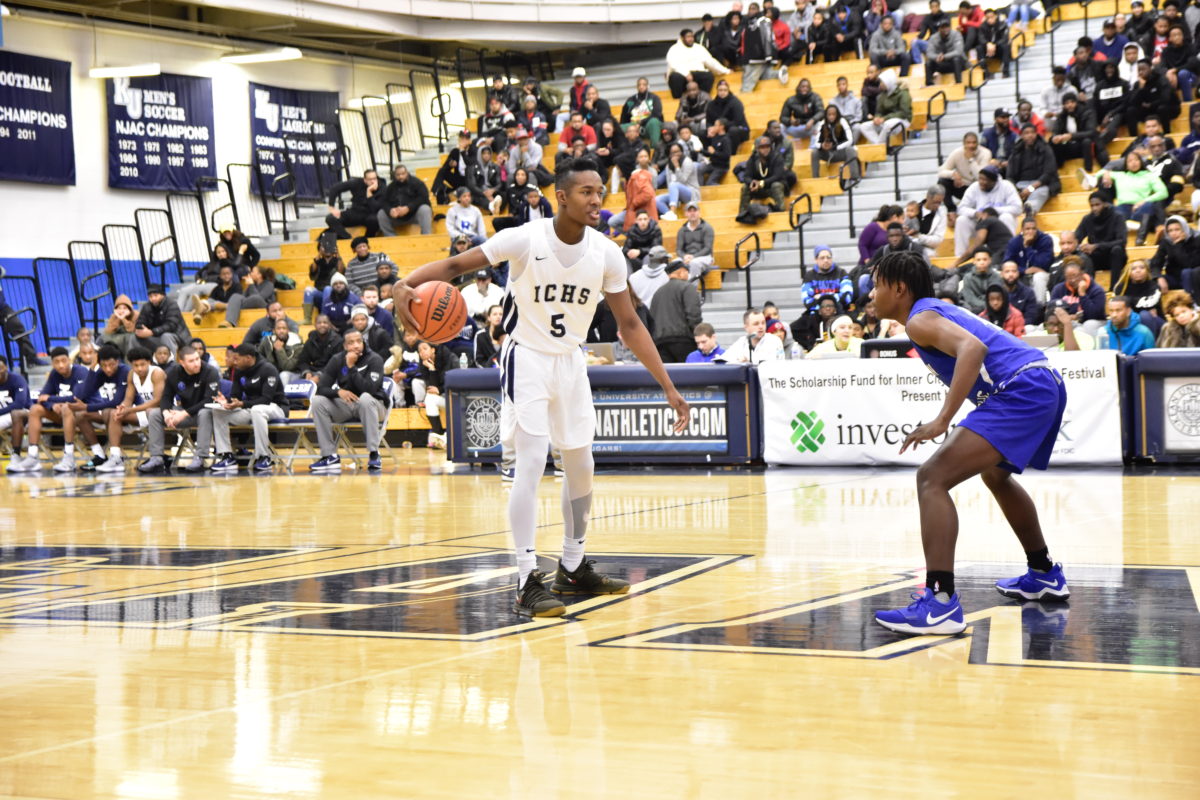 By ADAM ZAGORIA Rhode Island coach David Cox continued to build a veteran roster for the future with the addition Friday of Syracuse transfer Jalen Carey. The 6-foot-3, 190-pound sophomore from Harlem, N.Y. chose the Rams over Alabama, he told ZAGSBLOG. “Just coming from Syracuse and talking with the coaching staff at Rhode Island, they want me to come in and be that guy and play with [junior guard] Fatts Russell,” Carey said of Russell, who averaged 18.8 points, 4.6 rebounds and 3.4 assists last season. “Hopefully I’m able to come in right away. I feel like I can help that team a lot.” Carey said he plans to apply for an NCAA waiver to suit up for the 2020-21 season. Otherwise, he would have to sit one to play two. “That’s my goal, hopefully to get a waiver,” he said. “I’m hoping and praying that they can pass the waiver so I can play right away.” Carey averaged 1.5 points in 11.5 minutes last season in just two games while battling a thumb injury. As a freshman, he averaged 3.5 points in 25 games. “I wouldn’t blame it on injuries, it just didn’t work out,” he said of his time at Syracuse. Carey was the No. 7 combo guard in the Class of 2018 per 247Sports.com’s composite rankings. He initially chose Syracuse over UConn in October 2017. “I’m a playmaker, I like to put the ball in the basket,” he said. “I’m a leader, I like to get guys involved and that’s what they want me to come in and do and that’s why I chose them. Come in and play at a fast tempo and play with another good guard and play with a good group of guys. I want to go somewhere and play my game.” Rhode Island is adding several transfers as well as Carey in Makhi and Makhel Mitchell (the Maryland twins who will be eligible in December), Malik Martin (Charlotte) and Allen Betrand (Towson). Cox’s recruiting class includes point guard Tres Berry and small forward Ishmael Leggett. Said Jimmy Salmon, Carey’s coach at Montclair (N.J.) Immaculate High School: “I’m glad Jalen will get a fresh start. I’ve known David Cox 20 years and I think he will be fair and give him the opportunity that I think he needs to excel.” Follow Adam Zagoria on Twitter And Like ZAGS on Facebook