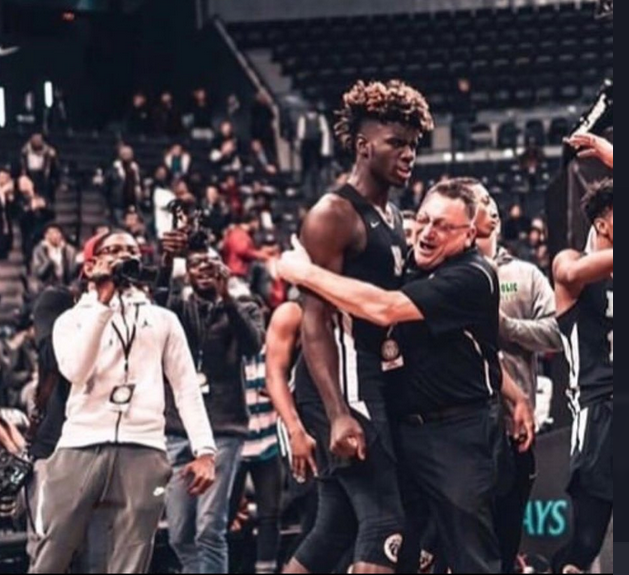 By ADAM ZAGORIA The New Jersey basketball community is mourning the loss of Roselle Catholic assistant coach Tommy Sacks, who died from a heart attack on Monday morning at 60. “Tommy Sacks was one of my best friends and truly one of the most caring individuals I’ve ever met,” RC coach Dave Boff said. “He loved the kids at RC more than anyone will ever know and they loved him. People don’t know how much he sacrificed to help our kids reach their goals. They always knew Coach Tommy had their back and would do anything for them. We love him and we are going to miss him.” A former standout basketball player at Abraham Clark High School, Sacks was an institution in New Jersey basketball circles and helped mentor current NBA players Chris Silva of the Miami Heat and Naz Reid of the Minnesota Timberwolves, as well as Kahlil Whitney, the former RC star who is now training for the NBA Draft. Sacks helped Boff build a program that won New Jersey Tournament of Champions titles in 2013, ’15 and ’18. Reid and Whitney both posted tributes to Sacks on Instagram.

Coaches around the country began to share remembrances of Sacks in texts and on social media. “Tommy was a dear friend who gave so much of himself for so many people’s kids,” said South Carolina coach Frank Martin.

Tommy Sacks was an absolute fixture on the East Coast Basketball scene. Not just for the talent and toughness that he helped coach and prepare but far more important and impressive, was the way the players he coached gravitated to him. He sang their praises far and wide. https://t.co/QvL9NXmqK2

Great person! Loved the kids he coached, always full of energy and made everyone he talked to feel important. He will be really missed as a friend and also by many kids that could use his guidance & motivation. 😥💔

On a personal note, I’ll add that Tommy was always so friendly and welcoming whenever I saw him at the school or when he was on the road supporting his guys like Silva, Reid and Whitney. He was courtside at the NCAA Tournament in Washington, D.C. two years ago to support Reid and LSU and couldn’t have been prouder.