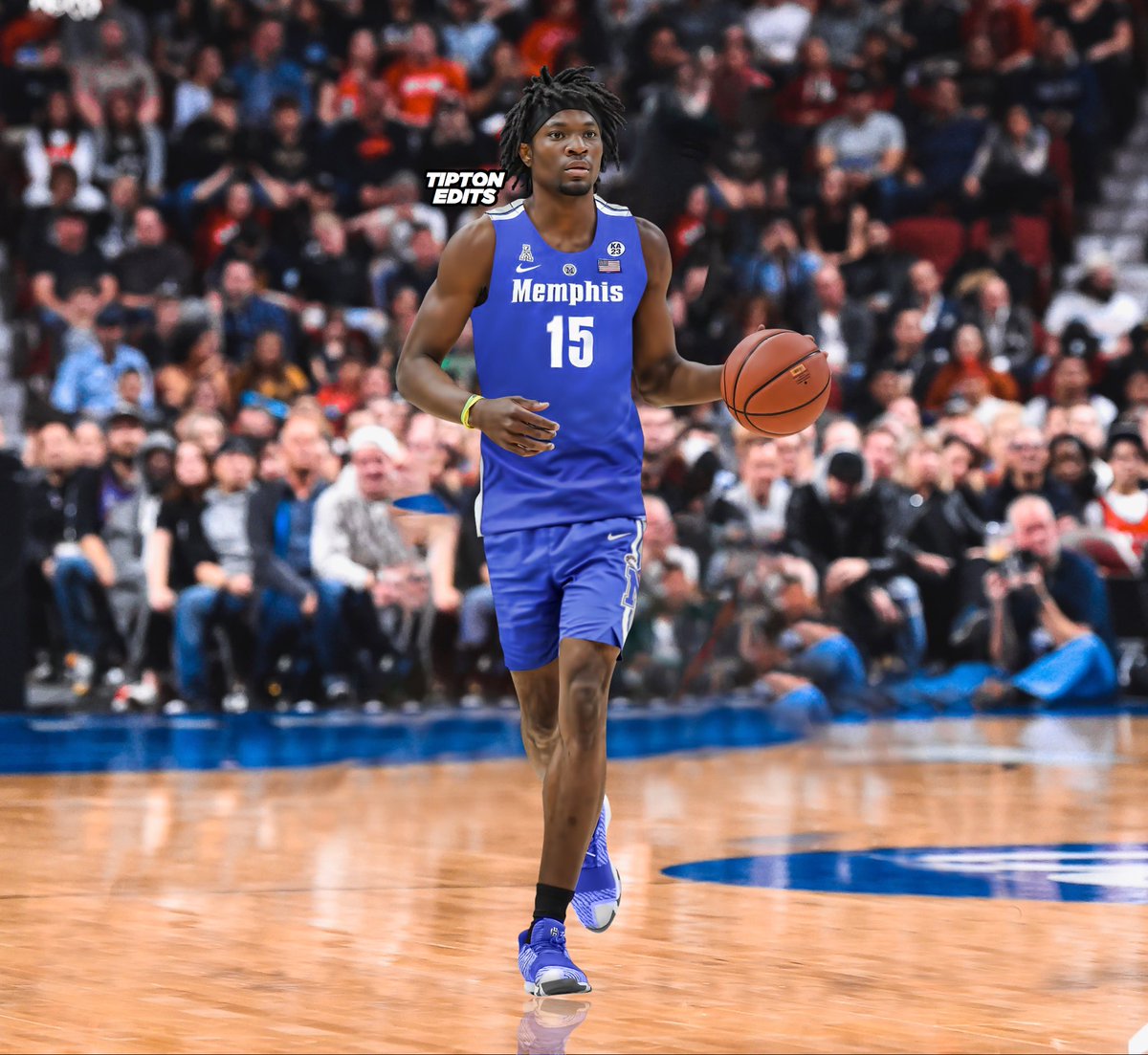 By ADAM ZAGORIA Memphis freshman forward Precious Achiuwa will declare for the NBA Draft, according to multiple reports. The 6-foot-8 freshman is the projected No. 8 pick in the Draft, per ESPN.com. “I’ve decided to declare for the 2020 NBA draft and hire an agent,” Achiuwa told ESPN.com. “This is the next step in my journey and career as a basketball player. I’m really excited for it.” Achiuwa, a native of Nigeria who played his high school ball at St. Benedict’s Prep (N.J.) and Montverde (FL) Academy, averaged 15.8 points and 10.8 rebounds at Memphis. He was named American Athletic Conference Player of the Year and Freshman of the Year last month. “He had a great freshman season and has the body, size, athletic ability and skill to be a very good pro,” Montverde coach Kevin Boyle, who has coached six top-3 NBA picks since 2011, told ZAGSBLOG. “He is always in the gym trying to improve. He should clearly be a lottery pick.” Achiuwa became the first Memphis freshman to be a conference player of the year since Keith Lee in 1982. He is also the first to win both Player of the Year and Freshman of the Year since Lee. He also led all freshman in the nation with 18 double-doubles and ranked seventh on the school’s single-season double-doubles chart. At 10.8 rebounds per game, he was the nation’s top freshman rebounder. “He has worked his (tail) off to get to where he is,” Tigers coach and former No. 3 draft pick Penny Hardaway said last month. “We’re proud of him. To be recognized by our conference is big-time. “He has exceeded expectations,” Hardaway said. “What he’s doing, as many double-doubles as he has had, to lead the nation in double-doubles . . . it’s pretty amazing.”   Achiuwa told ESPN he will miss out on the conventional Draft process. The Draft is set for June 25 at Barclays Center, but is expected to be pushed back until August or September. “I was definitely looking forward to the pre-draft process,” Achiuwa told ESPN. “That’s a once in a lifetime experience that almost every NBA player that was drafted goes through. Unfortunately, the situation that we’re in is not going to allow us to experience that. “The way I can help is by staying at home and doing what health officials tell us. Washing your hands and making sure you keep social distance to ensure everyone stays safe. Eventually, we’re going to come back to our normal life and get back to what we do on a daily basis.” Follow Adam Zagoria on Twitter And Like ZAGS on Facebook