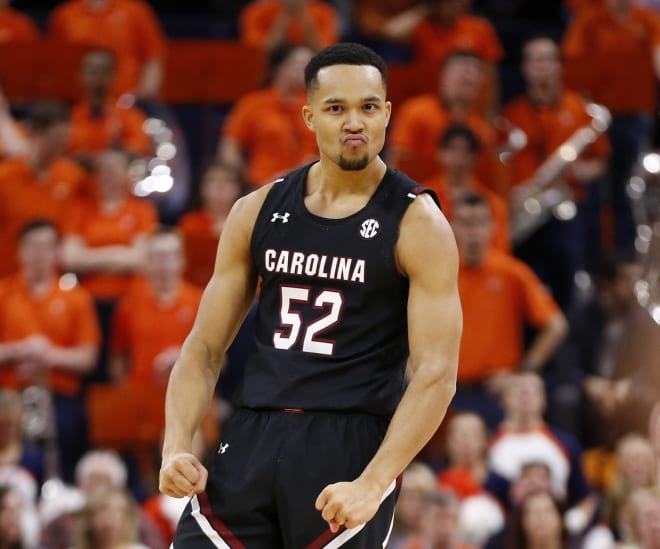 “Jair is an impressive young man who first and foremost fits The Butler Way,” said Butler coach LaVall Jordan. “He provides veteran leadership and understands the role he can have in our program’s success next season. Jair is a proven shooter and scorer who has experience in big games. He’s also had a 98-assist season in his career and has shown he can create for others. We’re excited to welcome Jair to our Butler family.”

Bolden averaged 8.5 points, 2.4 rebounds and 1.4 assists in 21.4 minutes a game for South Carolina last season, starting 15 of his 30 games. He was the team’s best three-point shooter, making 41.2 percent from behind the arc. He helped the Gamecocks to an 18-13 record, including a 10-8 mark in SEC play. Bolden scored in double figures 15 times, including a 22-point performance in South Carolina’s road win at Virginia.

He arrived at South Carolina after playing his first two seasons at George Washington. He led the Colonials in assists as a sophomore (2017-18). During that campaign, he averaged 11.2 points, three rebounds and three assists, while also making 55 three-pointers.

Bolden is from Brooklyn, N.Y., and played his high school ball for Westtown School (Pa.), leading the team to a 2016 state title.

Butler was 22-9 when the COVID-19 pandemic canceled the remainder of the season with the Bulldogs in line for another NCAA Tournament appearance. Three starters return for the Bulldogs in 2020-21, and newcomers will include Bolden and a five-member freshman class that is the highest-ranked in program history. Follow Ryan on Twitter Follow Adam Zagoria on Twitter And like ZAGS on Facebook