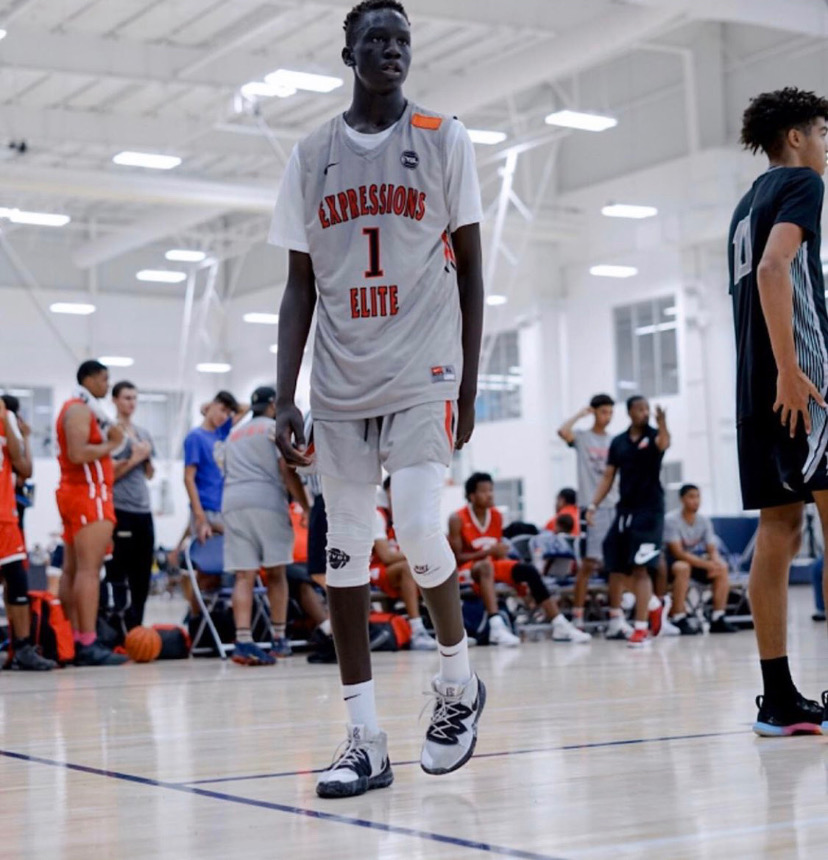 By JACOB POLACHECK Taylor Bol Bowen is only a freshman, but he’s already drawing attention from high-major schools, with Iowa being the latest. Bowen, a 6-foot-8 wing from Middletown (RI) St. George High School, picked up an offer from Hawkeyes on Thursday. He broke down his thoughts on Iowa for ZAGSBLOG: “I’m really starting to begin to learn about Iowa as a basketball program,” Bowen said. “I know that they have a great player in Luka Garza and a great history with the amount of NCAA Tournament appearances they’ve had. I’m looking forward to learning a lot from their coaching staff.” Bowen also holds offers from George Mason and Vermont. He broke down each school: George Mason: “My high school teammate Tyler Kolek is going to play there next year. He’s like a big brother to me. He’s really helped me improve on the court and we’ve become close off the court because of it.” Vermont: “Vermont is my home state so that means a lot. A lot of my friends and family would be able to come to games. My older brother Deng Adiang plays on the team. He loves it. I know a lot of other players on the team like Ben Shungu and Kevin Garrison. I’m close with some of the managers like the Morse family, Justin Morse and Ryan Morse. It’s really like a whole family affair if I were to go there.” Bowen has also received interest from schools such as Clemson, Indiana, Providence, Marquette, Rutgers, Penn State and Rhode Island. “I’m looking for a school that’s going to put me in a position to get drafted in the NBA,” Bowen said. “I’m looking for a school that’s going to play good competition where I can get looked at by numerous NBA scouts.” Bowen, who plays for AAU with Expression Elite, is a premier shot blocker with a 7-foot wingspan. “Taylor has made great strides this year improving his play on the court as a wing,” Expressions Elite coach Ken Jackson said. “He’s always asking questions about how to improve his game.” “He has an outside game and is able to guard multiple positions,” Jackson said. “He’s a great competitor, great in rotation on defense and vocal on offense.” Normally, Bowen would be preparing with Expressions Elite for Nike EYBL circuit, but due to Coronavirus, he is working on his game from home. “The virus is a serious issue that my family and I have taken very seriously,” Bowen said. “We’ve tried to do our best by practicing social distancing and enjoying each other’s company, especially since I just got home from prep school.” “I’ve been away for a couple months, so I haven’t been able to see them,” he said. “I’m fortunate enough to have a family gym that I’ve been able to use to continue to work on my game throughout the pandemic.” Bowen is originally from Jericho, VT, a town with a population just over 5,000. “It’s very different because you don’t really hear about big recruits coming out of small towns like Jericho,” Bowen said. Photo: Hoop Group Follow Jacob on Twitter Follow Adam Zagoria on Twitter And Like ZAGS on Facebook