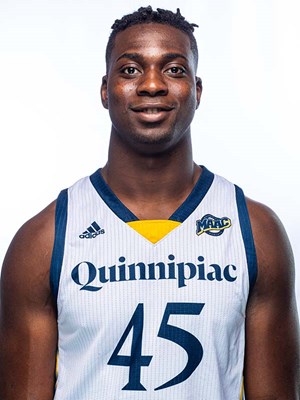 By ADAM ZAGORIA Kevin Marfo, the 6-foot-8 grad transfer from Quinnipiac who led the nation in rebounding, has committed to Texas A&M, he announced Saturday via @allfactsmedia. Marfo, who averaged 10.2 points and 13.3 rebounds last season, will be immediately eligible in the 2020-21 season. He also considered Penn State, Minnesota, St. John’s and VCU.

HERE… WE… GO… The moment you have all been waiting for! @KevinMarfo has commited to… pic.twitter.com/hp017iPOcc

A native of Bergenfield, N.J., he initially played at George Washington as a freshman. The list was previously reported by @allfactsmedia. This post has been updated. Photo: Quinnipiac Athletics