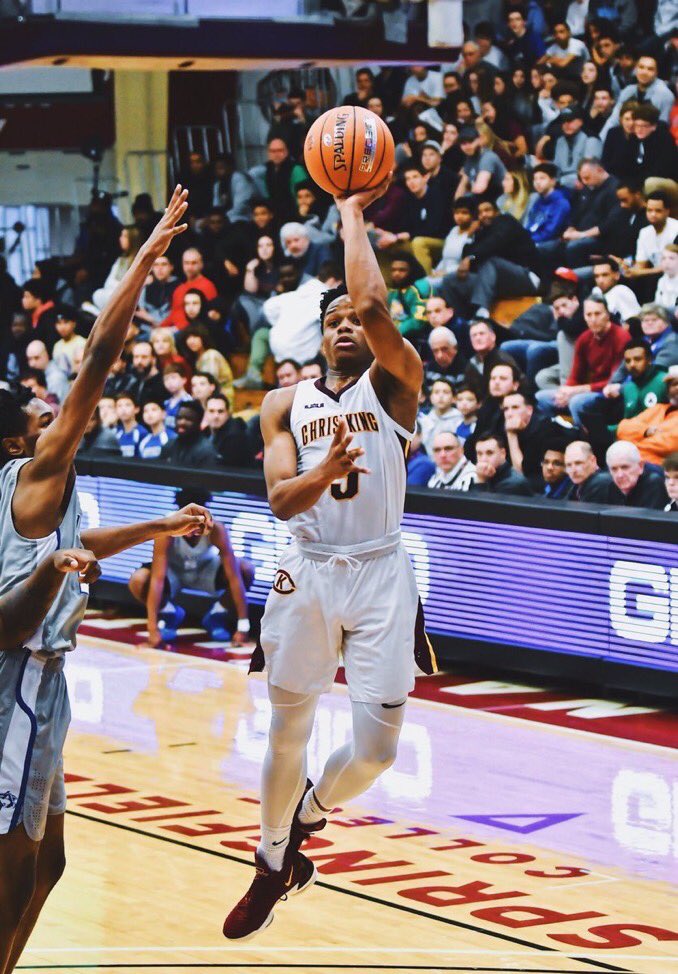 By ADAM ZAGORIA Rick Pitino and his staff continue to build their team for the 2020-21 season and beyond. The Gaels on Monday landed a verbal commitment from Ryan Myers, the 6-foot shooting guard from New York power Christ the King. Myers averaged 21.3 points, 5.2 rebounds and 4.5 assists last season. “Coach Rick Pitino and [assistant] Tom Abatemarco were genuine as they recruited me,” Myers said. “They took time to speak with my mom and others important to me in my life and I believe that what they have to offer will help not only on the basketball court but in life in general.” He added: “I’ll bring play-making, scoring, and leadership even though I’ll only be a freshman next year.” Myers also considered Fordham. “He’s a loyal, hard-working tough defender who can really shoot it,” CTK coach Joe Arbitello said. “Plus, he’s a great student-athlete. “He was the MVP of the city championship last year. In that game there was a kid going to NC and Duke. I think that speaks to how great of a player and competitor he is. He will help put Iona on the map with tri-state recruits.” Myers is Pitino’s second commit at Iona, following junior college guard Tahlik Chavez. Photo: James Horan Follow Adam Zagoria on Twitter And Like ZAGS on Facebook