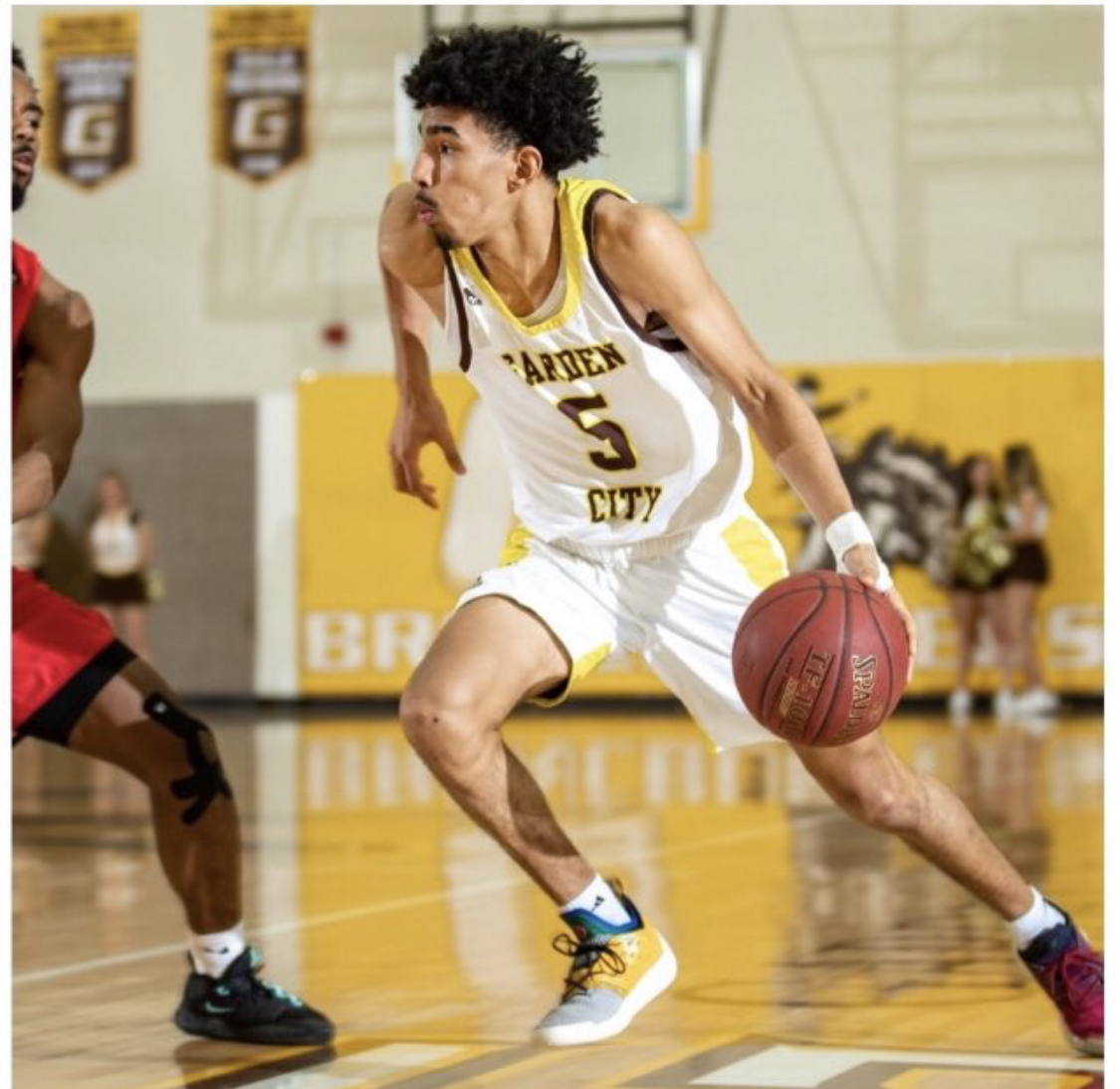 By JACOB POLACHECK Just over one week after being named Iona head coach, Rick Pitino has landed his first commitment in JUCO guard Tahlik Chavez. Chavez, the 6-foot-2, 180-pound combo guard from Garden City Community College (KS), announced his commitment to Iona on Sunday, via Twitter. “I picked Iona because it’s the best decision for me and my future with basketball, especially being coached by Rick Pitino,” he told ZAGSBLOG. “I will bring spacing to the floor due to my ability to shoot the ball so well while also being able to create a shot for myself off the dribble and creating for my teammates.” “They play a high-paced offense and like to get shots up,” Chavez said. “[Coach Pitino] wants to press and I’m used to that from high school.” As a sophomore at Garden City Community College, Chavez averaged 20.4 points, 5.5 rebounds and 2.4 assists per game. He shot 45.8 percent from the field and 44.4 percent from three-point range. “At the end of the day, it came down to two schools,” Chavez said in a video released to Twitter. “Follow in my mentor Phil Pressey’s footsteps and get coached by AAC Coach of the Year Frank Haith at Tulsa or get coached by Hall of Famer, two-time national champion, coach Rick Pitino at Iona.” Chavez is the first commit in Iona’s 2020 class. He has three years of eligibility remaining. Follow Jacob on Twitter Follow Adam Zagoria on Twitter And Like ZAGS on Facebook