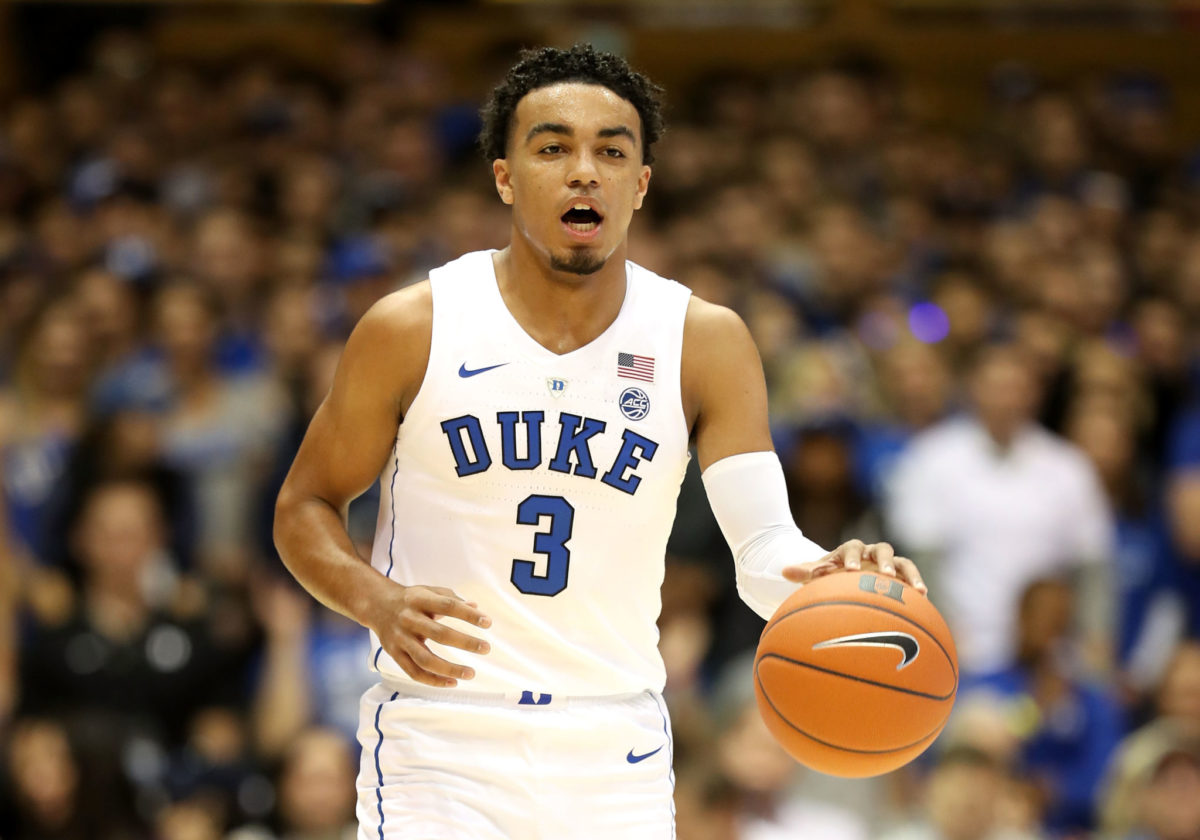 By RYAN McMULLEN Duke sophomore guard, Tre Jones, has announced he will enter his name into the NBA Draft. Jones averaged 16.2 points, 6.4 assists, and 4.2 rebounds during this past season. “When I started my journey at Duke my main goal was to win a National Championship,” said Jones. “Given what has had happened in our world recently, our season was cut short and we never got the opportunity to bring No. 6 back home. I think about what if, what would have happened if we got that chance? But I can’t think about what didn’t happen, I can only think about what did happen. What did happen was the amazing experiences and relationships I gained with my brothers, the knowledge I received from Coach K and all of the Duke staff to become a better player and person, and the endless support from the Crazies and all the Duke fans. Duke has taught me what it means and what it takes to be the best at what I do. My journey is just getting started. As I look to begin my career at the next level I will always and forever cherish everything Duke.”

“This is such a special moment for Tre and his family,” said head coach Mike Krzyzewski. “I couldn’t be prouder of what he accomplished this season as both the ACC Player of the Year and Defensive Player of the Year. He’s been the heart and soul of our program over the last two seasons, and it’s been a joy for me to watch him develop as a player and leader. There aren’t many as competitive as him, and I know the best is yet to come. I want to thank Tre for being such a pleasure to coach, and I wish him nothing but the best as he pursues his NBA career.” According to ESPN, Jones is projected to be a first-round pick. Duke will also lose junior guard Alex O’Connell to transfer and seniors Jack White and Javin DeLaurier to graduation. Follow Ryan on Twitter Follow Adam Zagoria on Twitter And like ZAGS on Facebook