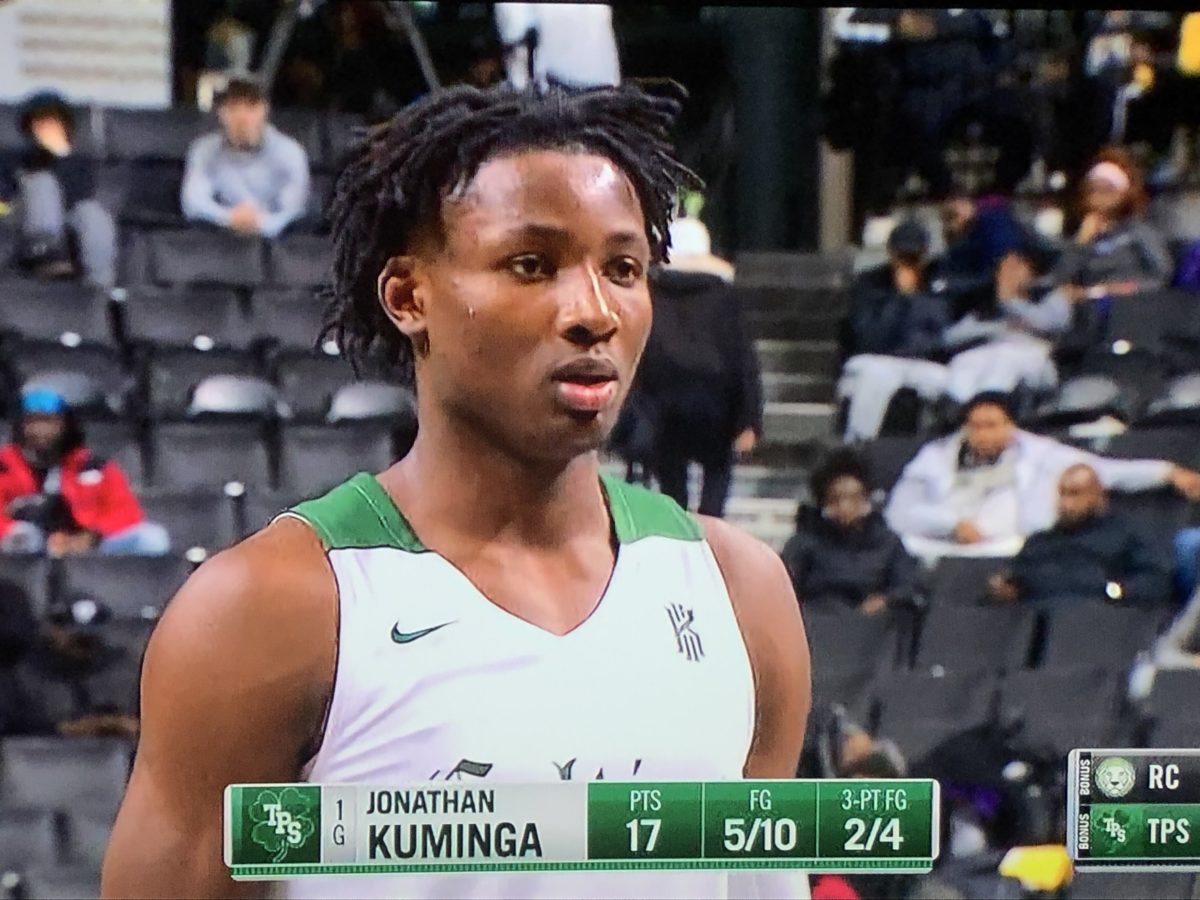 By ADAM ZAGORIA Jonathan Kuminga, the No. 1 junior in the nation and a projected lottery pick in the 2021 NBA Draft, will be at Georgia on Wednesday for the Florida game, he told ZAGSBLOG. The 6-foot-8 Kuminga helped lead The Patrick School to the Union County (N.J.) championship over Roselle Catholic on Saturday night and the Celtics don’t play again until their New Jersey Non-Public B state tournament game on Thursday.

In the fall, Kuminga issued a list of 10 schools he’s considering: Kentucky, Duke, Washington, Florida State, Memphis, Texas Tech, Michigan, Georgia, Maryland, and Auburn. He recently said he planned to wait until after the season to take college visits, but with a break this week, he and teammates Adama Sanogo and Noah Farrakhan are all taking visits. Sanogo, a member of the Class of 2021, will be at Seton Hall’s Senior Night on Wednesday and Farrkahan, a Class of 2020 point guard, was at Penn State Tuesday night for the Michigan State game. “I gotta finish my season first,” Kuminga said last week. “I gotta focus on winning championships, working on my body, my skills, pretty much everything, and after that I promise you I’m going to start looking forward to see some schools but for right now I’m focused on my school.” For more on Kuminga, read this. Follow Adam Zagoria on Twitter And Like ZAGS on Facebook