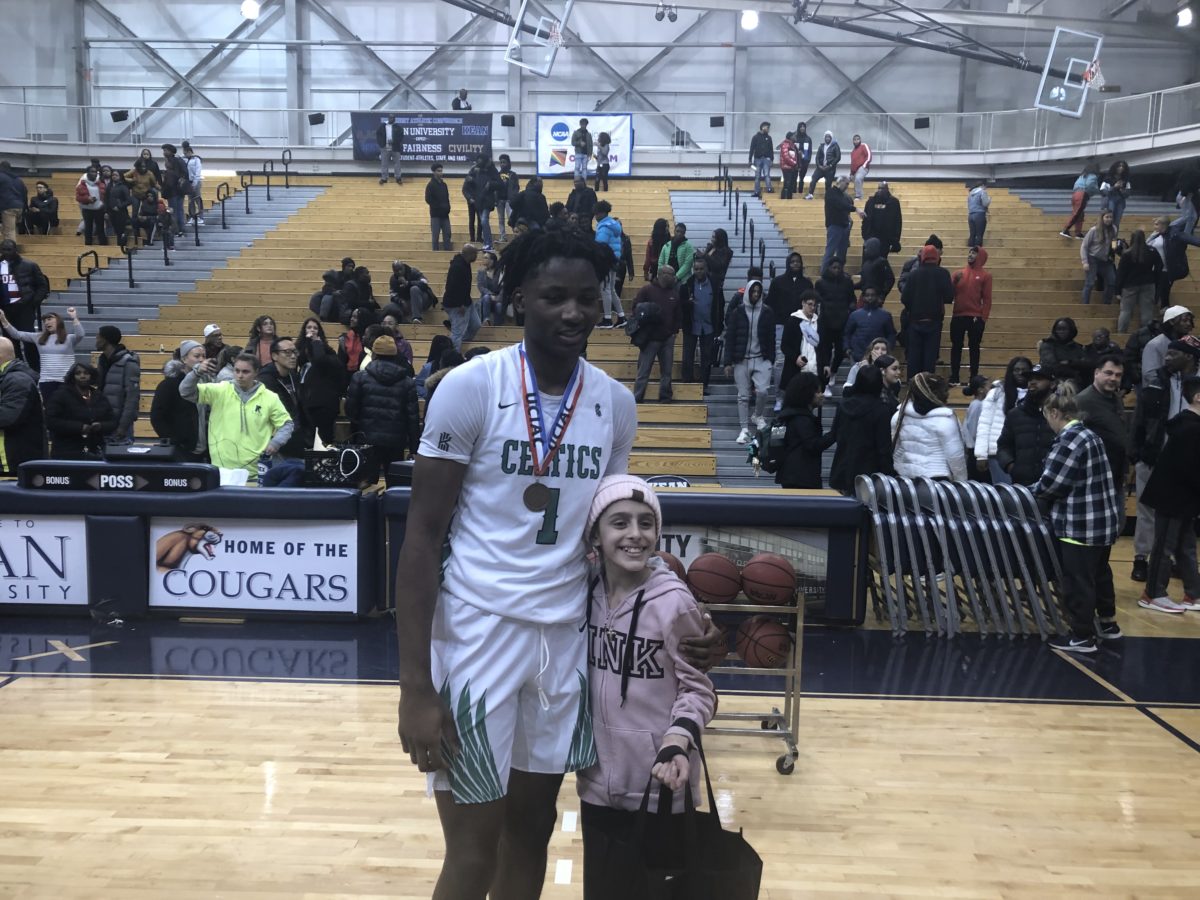 By ADAM ZAGORIA UNION, N.J. — Before transferring to The Patrick School prior to this season, Jonathan Kuminga had never competed in a county or state tournament. Now the No. 1 junior in the nation is getting a real taste of high school March Madness. The 6-foot-8 Kuminga fittingly had the ball in his hands as the final seconds wound down in the Celtics’ 56-42 victory over rival Roselle Catholic in the Union County title game before a sold-out crowd at Kean University. Kuminga finished with 12 points, seven assists and four rebounds as the top-seeded Celtics (19-6) won their first title since 2017 and 22nd overall. “It feels great, it feels great,” said Kuminga, a native of the Democratic Republic of Congo who runs with the NY Rens on the Nike EYBL circuit. “Not just me, everybody, my teammates. A lot of people never get to this big stage and win a championship. It’s really amazing for all of us to win.”

Uncommitted senior guard Noah Farrakhan went for 17 points and uncommitted junior forward Adama Sanogo added 12 points, 14 rebounds and one block while holding Cliff Omoruyi to three points and 11 rebounds. Rutgers coach Steve Pikiell, his staff and several players were on hand to support Omoruyi during his official visit to Rutgers. Xavier-bound guard C.J. Wilcher (hip) did not play for the Lions. “We’re starting to jell better, starting to mesh,” Farrakhan said. “Everybody’s rotating the ball, getting to open spots, scoring when we need it. Everybody is executing.” Kuminga was especially proud of Farrakhan. “I was super happy about Noah,” he said. “He was playing good, but not like that all season.”

As for Sanogo, Kuminga said he doesn’t get enough credit. “This is the third game we watched Adama against Cliff,” he said. “People in Jersey be saying Adama, he ain’t better than Cliff. But in my opinion, I would say Adama [is] way better than Cliff and a lot of people gotta start looking up at him. A lot of people. He’s my teammate, he’s my brother, and I feel like a lot of people are sleeping on him. They really don’t know who he is, but I want a lot of people to start watching him.” The Celtics will now be the favorites to win the school’s seventh New Jersey Tournament of Champions title when the North Non-Public B state tournament begins next week. The Celtics are the No. 2 seed in the North and could face No. 3 Roselle Catholic for a fourth time in the semifinals after winning all three previous games this season. “Yeah, I need that ring, man,” Kuminga said of chasing a TOC title. “We gotta get another ring for coach [Chris Chavannes] and just for me so we’re ready for the next step.”

Kuminga is the top junior in the nation and a projected lottery pick — No. 4 of the Knicks — in the 2021 NBA Draft, per ESPN.com. He has options for next year, including a one-and-done year on a college campus, a high school prep year before entering the draft or playing professionally somewhere before entering the draft. He said Thursday he wants to visit all 10 schools on his list — which includes Duke, Kentucky, Auburn and Texas Tech, among others.