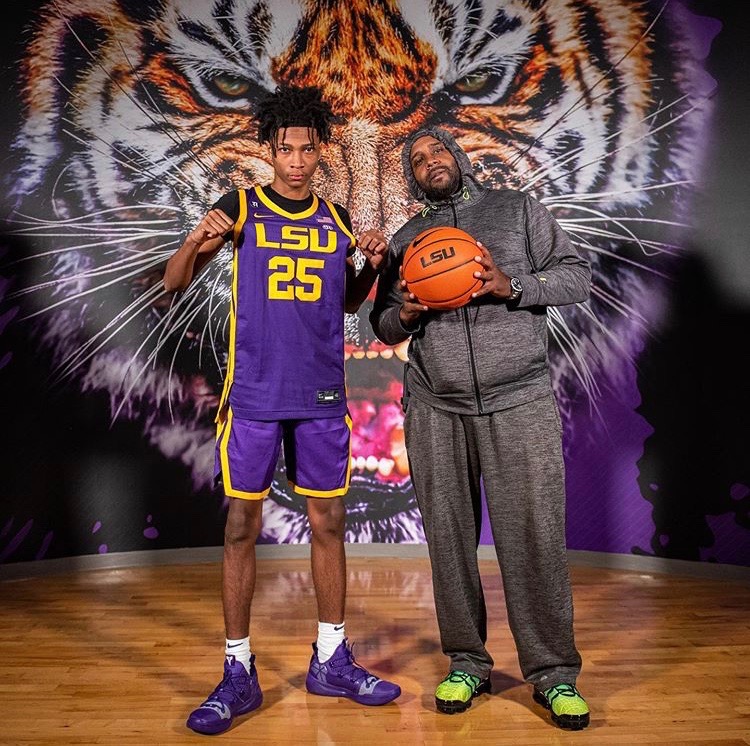 By RYAN McMULLEN Gaines, the 6-foot-2 point guard from Lithonia (GA), announced his pledge to LSU on Sunday morning. Gaines broke down his commitment with 247Sports. “It just made me feel like I was back at home,” he said. “He’s a cool, cool dude, a cool coach,” Gaines said about LSU head coach Will Wade. “He’s not like the other coaches. He’s more laid back, chill and he’s a great person. Me and him could connect.” Gaines picked the Tigers over Alabama, Memphis, TCU, and Washington State. Gaines holds tremendous size for his position, can get to the rim over smaller defenders, and has great court vision. He joins five-star Cam Thomas, four-star Mwani Wilkinson, along with three-stars Jalen Cook and Brad Ezewiro. They also landed two transfers in Shareef O’Neal (UCLA) and Josh LeBlanc (Georgetown). According to 247Sports, he is ranked No. 81 nationally and is the No. 7 player from Georgia. Follow Ryan on Twitter Follow Adam Zagoria on Twitter And like ZAGS on Facebook