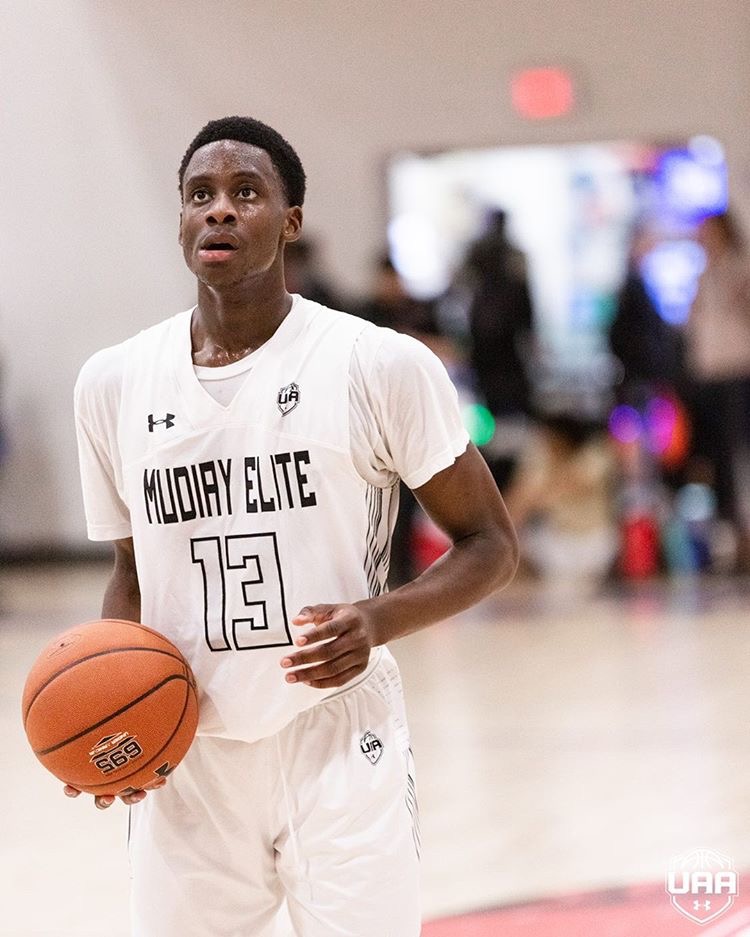 By JACOB POLACHECK After taking his first official visit to Oklahoma earlier this month, Manny Obaseki is looking to visit Texas A&M. The 6-foot-2 Obaseki out of Allen (TX) is the No. 2 combo guard and the No. 38 overall player in the Class of ’21 per 247Sports.com. Obaseki is targeting his Texas A&M visit for early next month. “If we don’t make it far in the playoffs, then I’m trying to go to their game against Arkansas [March 7],” he said. Obaseki broke down his thoughts on the Aggies: “They’re a great program that inspires their players, developing them and getting them better,” he said. “They’re building a culture over there right now that’s getting ready to take off with Coach Buzz [Williams].” “They’re really good people and you see the progress throughout the season. It speaks for itself. Their player development is top notch, going at it every day.” Obaseki visited Oklahoma Feb. 7-9. “The OU visit was really beautiful,” Obaseki said. “There were a lot of nice people and the facilities were great. It was good seeing the coaches and I had good conversations with them.” “They said that I would be their one/two guy,” he said. “They would give me the keys to the system and get the scoring role to help their team get W’s.’ Obaseki says that the OU staff has kept in good contact since his visit. “That just shows how much they really want me,” he said. “I’ve watched their games and they play a really free game, with barely any plays being called.  The guards can do what they want.” Obaseki was also impressed by head coach Lon Kruger. “Coach Kruger is a really good coach,” he said. “He’s really proved that he can be a teacher. He’s a really calm and cool coach.” In addition to Oklahoma and Texas A&M, Obaseki said that Arkansas, Oklahoma State, Texas, TCU, SMU, Baylor and Alabama are among the schools recruiting him the hardest. He is also receiving interest from DePaul, Ohio State and Oregon. Obaseki says he is targeting a commitment after the summer before the start of his senior year. He broke down what he’s looking for in making his decision: “First things first, the family atmosphere,” he said. “I’m looking for a great environment and campus. You can have the best basketball program in the entire country, but if you don’t enjoy the school at all, then you’re not in a good spot.” Obaseki also mentioned education and player development as two of the factors in his recruitment. “I love schools that preach that education comes first,” he said. “Player development is one of the biggest things, as well. I’m looking for coaches that will believe in me and push me. I’m looking for the best opportunity for me to develop, get W’s and win a national championship.” Photo: Under Armour Association Follow Jacob on Twitter Follow Adam Zagoria on Twitter And Like ZAGS on Facebook