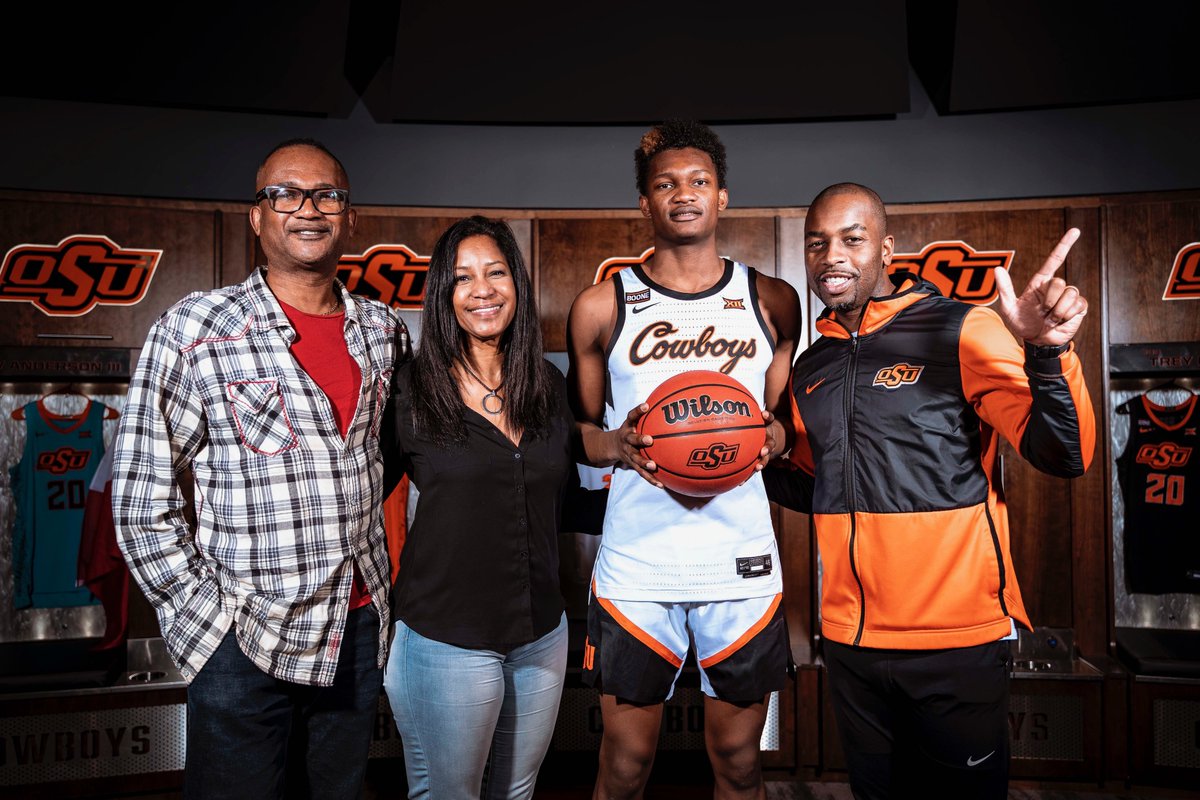 By ADAM ZAGORIA Matthew-Alexander Moncrieffe has committed to Oklahoma State and has big goals for next season, he told ZAGSBLOG. The 6-foot-7, 205-pound Class of 2020 wing from Orangeville Prep chose the Cowboys over Seton Hall and Georgetown after visiting all three schools. He said he plans to be on campus in June. “Honestly, it was just coach [Mike] Boynton and the relationship I built with him in the amount of time he was recruiting me,” Moncrieffe said Friday by phone. “He and coach Erik [Pastrana], I developed a great relationship with them and I felt that was the best place where my talents fit,” he added. “They’re going to allow me to go in right away and do what I do best, which is score at the rim and play in transition. I felt that really fit me, and they set out a plan for me and my future. And I ultimately want to become an NBA player, so they set a plan aside for everything I need to do to do that. And also I just felt it was the perfect fit.” Moncrieffe joins a three-man recruiting class highlighted by Montverde (FL) Academy point guard Cade Cunningham, the projected No. 1 pick in the 2021 NBA Draft, per ESPN.com. Cunningham has been in Moncrieffe’s ear for some time. “I’m excited to play with him,” he said. “He was on the phone a lot throughout the process. I got a feel for how he plays down at the Pangos Camp in L.A. We were on the same team, so I just got a feel for his style of play. He likes to get out and run, throws lobs, push it in transition and that fits right into what I do because I play in transition. It was a perfect fit. He was recruiting me pretty hard. Every day we would get on the phone and stuff like that, so it was definitely a big factor.”

There will be pressure on Boynton and the Cowboys to make the NCAA Tournament and make a run in 2021, just as there was when former No. 1 picks Ben Simmons played at LSU and Markelle Fultz at Washington. Both players turned down blue bloods for more outside-the-box type schools. Neither team made the Big Dance. “Definitely, that’s our goal for sure, get to the Sweet 16,” Moncrieffe said. “We’re a young team, we’re learning every day. We’re just going to go in, put our hard hats on and get to work and listen to Coach B.” Moncrieffe is ranked the No. 14 small forward in 2020 by 247Sports.com. Orangeville Prep assistant Brandon Ennis believes he’ll be able to contribute soon. “He’ll bring a lot of scoring and rebounding for sure,” Ennis told NJ.com. “Just being able to get out in transition, being effective in the open court, getting better in the halfcourt set and just improving his jump shot.” There were a record six Canadians chosen in last year’s NBA Draft and four, including Knicks rookie R.J. Barrett, were part of the Rising Stars Challenge during the NBA All-Star Game in Chicago. In June, the Toronto Raptors became the first Canadian team to win an NBA title. And in September, Bianca Andreescu became the first Canadian to win a Grand Slam tennis tournament when she beat Serena Williams in the U.S. Open final. Moncrieffe would love to follow in the footsteps of his fellow Canucks. “Oh yeah, for sure, definitely,” he said. “That was one of the main factors, they set a plan aside and the steps I need to take to one day become a pro so that was really my dream.” Follow Adam Zagoria on Twitter And like ZAGS on Facebook