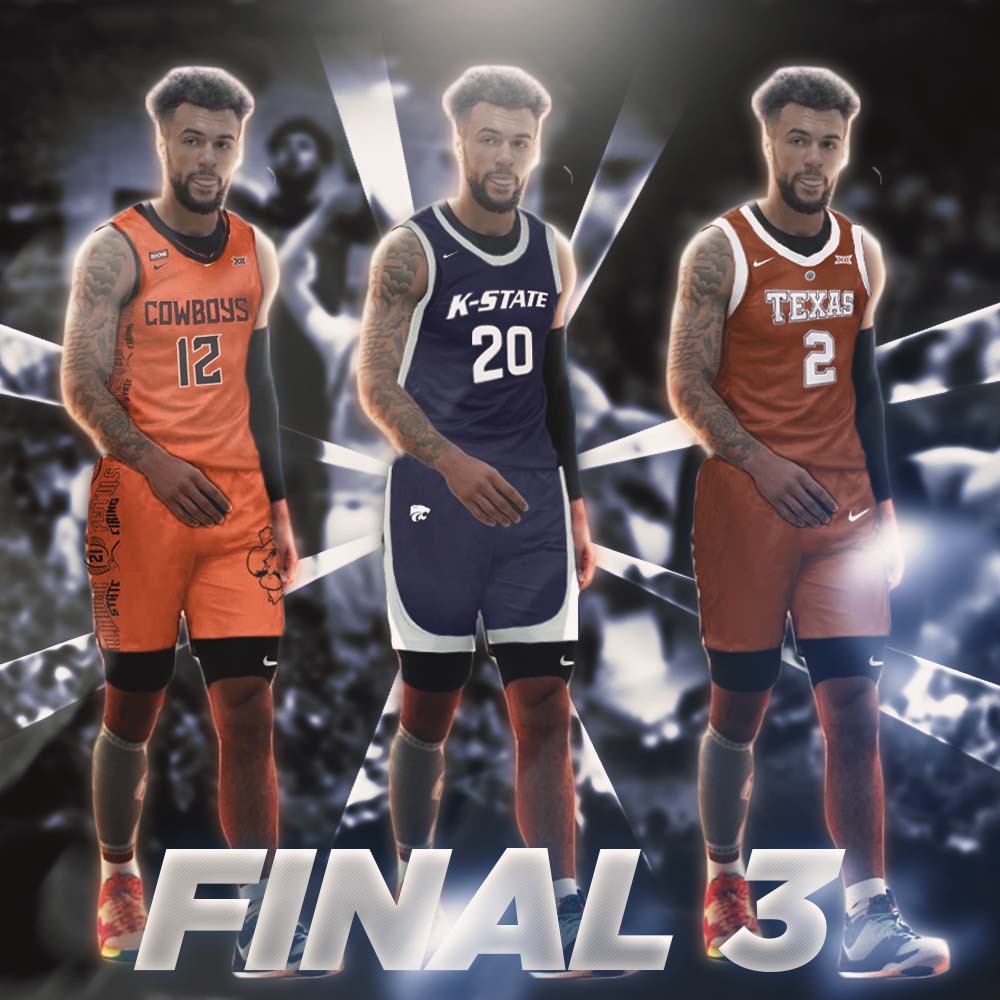 By RYAN McMULLEN and JACOB POLACHECK Donovan Williams is down to three. Williams, the 6-foot-5 guard from North Star (NE), has named Oklahoma State, Kansas State and Texas as his final three schools, he told ZAGSBLOG Monday. He broke down each school: Kansas State: “The pitch for me is that I can make an immediate impact right away with Cartier [Diarra] leaving and rumors about another potentially leaving. I feel like I can step in and be an immediate factor, playing with Dajuan [Gordon], as well as the other guys coming in. I like Kansas State a lot. They’re close to home. I have a great relationship with the coaches there, as well as Dajuan, Antonio [Gordon] and all the commits there already. It wouldn’t be much of adapting to a new family because I’m already close with them.” Texas: “Their pitch for me is to come in, fight for everything from the jump because they have five or six guards that all made contributions over this last year. I would come in and earn everything I get. I probably won’t be Big 12 Player of the Year if I go there because they’re likely bringing back really talented guards with [Matt] Coleman, [Andrew] Jones and [Courtney] Ramey. If I were to go there, I would work to learn the first year, playing probably seven or eight minutes per game, learn from the older guys. Then, my sophomore year I could be more of a leader. Oklahoma State: “They’ve been on board since the jump. He’s been out here a few times. I’ve been out there. We have a great relationship and just playing a year with Cade [Cunningham]. I know he’ll be gone, but long term I don’t play on being a one-and-done, I would also be playing with Rondel [Walker] and [Matthew] Alexander-Moncrieffe that could be something great for the next two to three years after Cade leaves and just dominating the Big 12 if that’s the case. Williams will announce his commitment on Monday, Apr. 13 at 7 p.m. ET. He broke down the factors in making his decision: “Just where I feel is best for me,” he said. “I’m not looking for what’s the biggest place or what’s the most known place. Just where is the best fit for me in and where I want to live my life for the next three to four years, wherever it may be.” Williams says his mother will be talking to coaches from all three schools on Monday. “I want to go to a place where my mom can trust sending me off to,” Williams said. “Today, she’s going to have a talk with all three coaches to see what they have in mind. She wants to know about each school.” Williams has taken unofficial visits to Oklahoma State and Kansas State. He has not been on campus to Texas, but has taken a “virtual visit”. He took his unofficial visit to Kansas State the weekend of January 17. “Kansas State was really fun,” Williams said. “Everything was close and Manhattan is a little smaller. Everyone knows everyone. They get great fan support from everyone in the community. The basketball players are like superheroes there and are received really well there, so I really like that. It was just fun.” He took his unofficial to Oklahoma State in January. “Oklahoma State, the same thing,” Williams said. “Stillwater is kind of small too. I got a lot of support from the fans there, which was great. Being in a small city like that it wouldn’t be bad. There wouldn’t be any small distractions or anything. I’d just be focused on getting to the league.”  With his commitment one week away, Williams says he still hasn’t made up his mind. “I’m in a tough position because I don’t think I can go wrong with any of the threes schools,” he said. “Honestly, right now I don’t know where I’m going, but I will know in a few days.” Williams is known for physical attributes and for his ability to score the ball. This season while recovering from a torn ACL suffered last summer, Williams averaged 28.3 points, 8.1 rebounds, and 1.6 assists for North Star. According to 247Sports, he is ranked No. 147 nationally and is the No. 2 player from Nebraska. This story has been updated. Follow Ryan on Twitter Follow Adam Zagoria on Twitter And like ZAGS on Facebook