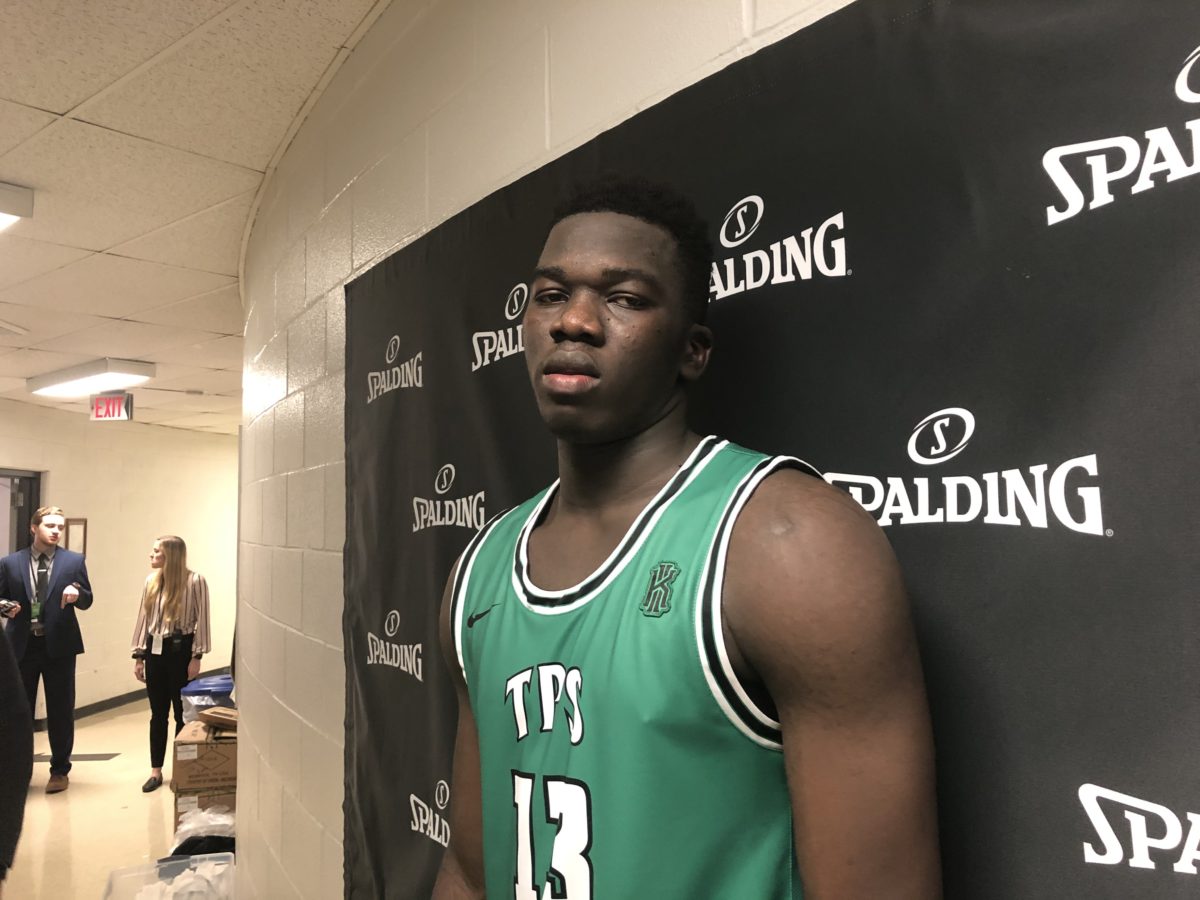 By ADAM ZAGORIA GLEN HEAD, N.Y. — Adama Sanogo, the 6-foot-10 junior big man from the Patrick School (N.J.), is planning to take visits to three schools in the coming weeks depending on his high school schedule. The No. 7 center in the Class of 2021 per 247Sports.com, Sanogo is planning to visit Seton Hall, UConn and Nebraska. It’s unclear which will be official and which unofficial. “Soon I’m going to start to go visit,” the native of Mali said Thursday night after the Patrick School lost to Long Island Lutheran, 68-63. “Right now I don’t know yet, but soon.” Nebraska head coach Fred Hoiberg and assistant Matt Abdelmassih attended the game for Sanogo. Sanogo also attended a Seton Hall game last month with several teammates. Patrick School coach Chris Chavannes said the Pirates are prioritizing Sanogo, who they see as having a bigger upside than former Seton Hall star Angel Delgado, who also played at the Patrick School. “Their view of Adama is that they could see him having the same role and impact as Angel,” Chavannes said. “That speaks volumes when you look at the career Angel had at Seton Hall. “Adama is further along now in his game offensively than Angel was at this stage. Adama is a very very good rebounder. Angel made rebounding an art while he was here and only got better over time. Their coaching staff have made it clear Adama is their highest priority.”

UConn coach Dan Hurley has also watched Sanogo on several occasions, including last Friday night when Sanogo went for 18 points and 12 rebounds as the Patrick School beat Huntington (W.V) Prep at the Metro Classic. Sanogo, who runs in the summer with the NY Rens, also holds offers from Auburn, Xavier, TCU, Rutgers, Oregon, Marquette, Creighton, Arizona State and Pitt, among others, with interest from Ohio State, Butler, Louisville, Washington and Memphis.

After Thursday’sgame, Adama Sanogo is headed to the prestigious BWB Camp at NBA All-Star weekend while @tps_hsbb teammate @JonathanKuming6 is skipping BWB. https://t.co/HmvBL3E0q1

Sanogo is attending the prestigious Basketball Without Borders camp this weekend at the NBA All-Star Game. “Yeah,” he said. “I’m looking forward. There’s going to be a lot of good players there.” Follow Adam Zagoria on Twitter And Like ZAGS on Facebook

Emoni Bates, No. 1 in 2022, to visit Michigan State for Maryland game