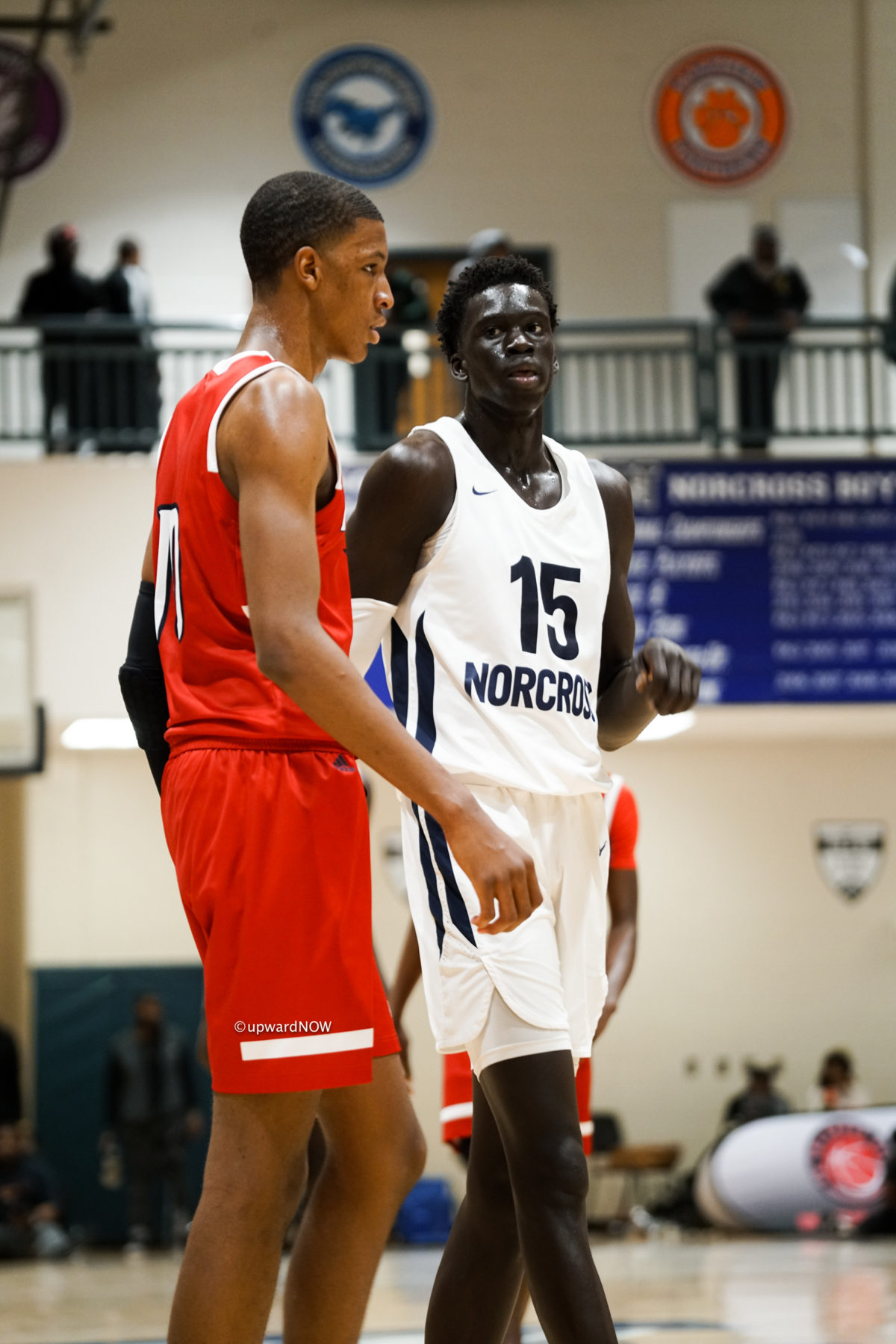 By JACOB POLACHECK J.T. Thor, the 6-foot-8 power forward from Norcross (GA), is looking to plan visits to Kentucky and Arizona, his brother Jal told ZAGSBLOG Wednesday. “We’re really looking [to visit] in late-February or early-March, catching those last conference games and really those last conference tournament dates,” Thor said. “If anyone is first, it’ll probably be Arizona. Then, obviously Kentucky. He likes Kentucky a lot.” Thor is currently in the Class of 2020, but his brother says there’s still a chance he moves back to the 2021 class. “There’s even a case that he may go back to the 2021 class because there’s a core class that he still has to do,” Thor said. “When he re-classified at Huntington Prep, they gave him some of those junior classes. So, even though he was originally a sophomore, he has to go back and take some of those classes. He’s kind of playing catch up right now. “He’d probably prefer to go college this fall in 2020,” Thor said. “Whether it’s him enrolling in August, assuming he finishes those summer school classes. It would definitely be a situation in which he’d likely go 2020.”

If Thor were to reclassify and join the 2021 class, his brother says he would ‘lean towards’ Kentucky. “2021 would be a lean towards Kentucky because all of those guys would be coming out,” Thor said. “The lean would be towards Kentucky if he were to go 2021 because he’d have to go a post-grad year and get those core classes finished. Regardless, he’s going to graduate in May. It’s just two core classes that we’re trying to fit in there, probably in the summertime because he can’t miss winter.” Thor broke down Kentucky’s appeal. “That big stage, playing against the best, and that tradition,” Thor said on the Wildcats. “He just likes to compete everyday, playing against some of the best guys in the world. That’s what Coach [John Calipari] does. He gets his players ready for the NBA and holds everybody to a certain standard. “That’s why he likes Kentucky. He’s a battler and he wants to battle. He used to be roommates with Jonathan Kuminga. He was the little guy, but he’s always loved battling. That’s why Coach Cal and that whole Kentucky vibe mesh well with him.” Outside of Kentucky, Thor is also considering his top five of Georgia, Kansas, Oklahoma State and UCLA, as well as a couple others. “There are some new teams in the mix, outside of his top five,” Thor said. “Auburn, they are definitely a school that’s in the mix and then Arizona. Those are two schools that we’ve been keeping in close contact with. They’re in the mix for sure.” Thor has only taken one of his official visits, which was to Oklahoma State back in September. “He likes them a lot,” Thor said on the Cowboys. “He likes Cade [Cunningham]. Him and Cade have developed a close relationship. I would give them a pretty fair shot for sure.” Thor said his brother “hasn’t really focused in” on his recruitment, but expect things to heat up after the high school season. “With him, he’s got everyone calling him,” Thor said. “It’s the guys that think they have a big shot: Kentucky, Oklahoma State, Arizona, UCLA, Auburn and all those guys. I can’t leave Georgia out. Him and Coach [Tom] Crean talk all the time.” Despite not fully focusing in on his recruitment yet, Thor made it clear that his brother will be going to college. “He’s definitely not going the pro route,” Thor said. “He’s going to go to school, it just depends whether or not he’s going ’20 or ’21. A lot of people have said he’s considering the pro route, but we don’t see that happening. That’s not something he wants to do.” According to 247Sports, Thor is ranked as the No. 50 overall player in the Class of 2020 and the No. 8 ranked power forward. Follow Jacob on Twitter Follow Adam Zagoria on Twitter And Like ZAGS on Facebook