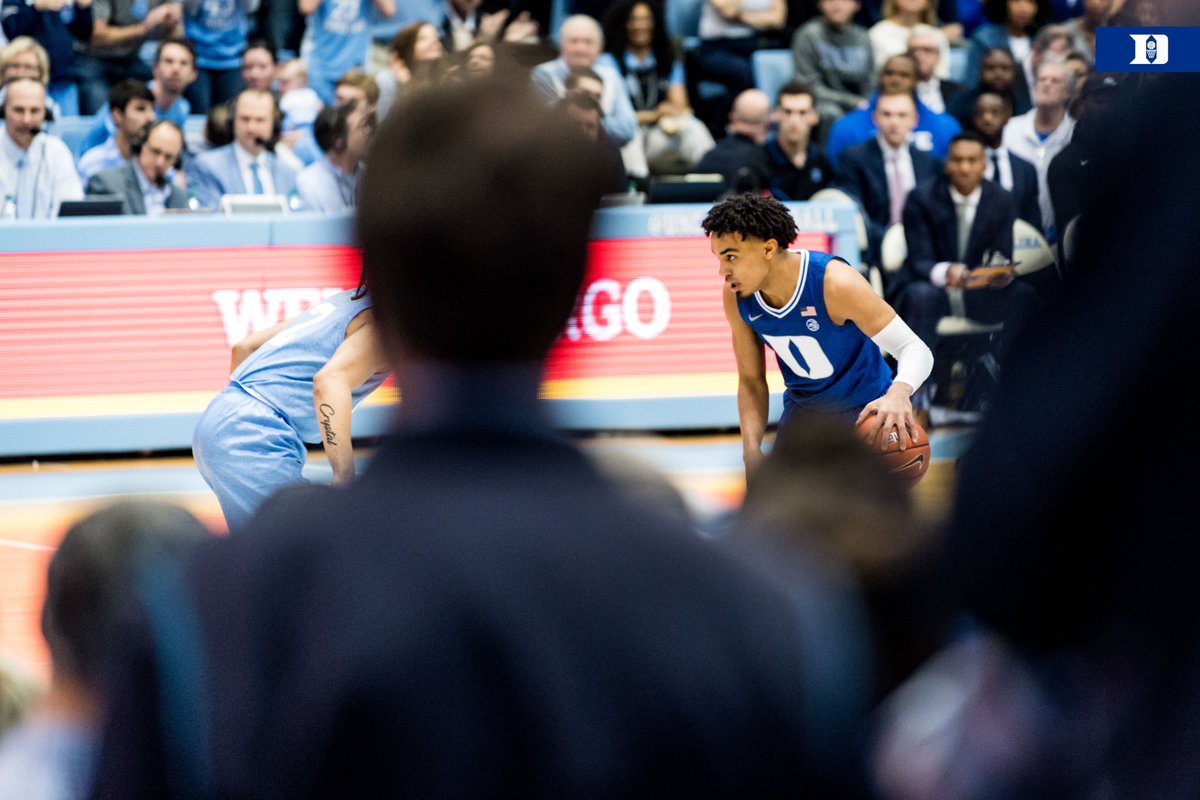 By ADAM ZAGORIA After trailing by 13 points with less than five minutes left in regulation and by five points with 16 seconds left in the OT, No. 7 Duke came all the way back to stun rival North Carolina on an alert tip-in by Wendell Moore at the overtime buzzer and some brilliant play by Tre Jones. After Jones missed a go-ahead free throw with 7 seconds left in OT he grabbed the offensive rebound and missed a mid-range jumper with 5 on the clock. Moore seemed to come out of nowhere and alertly put the miss back in to seal a 98-96 victory and hand the Tar Heels a heartbreaking loss. “We didn’t play our best game tonight but we continued to fight until the clock hit zero,” Jones said on ESPN after putting up 28 points, 6 assists, 5 rebounds and 3 steals. “The way we continued to fight. We were down double-digits late in the game, didn’t show any weaknesses, everybody was still strong. We continued to fight, coaches believed in us, we just got it done.”

WENDELL MOORE FOR THE WIN! 🚨🚨🚨@DukeMBB wins at the buzzer!pic.twitter.com/gpnwgLF4BX

After Vernon Carey Jr. fouled out with 18 points, Jones took over, scoring 15 straight points for the Blue Devils across the second half and overtime before Moore’s game-winner. His jumper at the regulation buzzer forced overtime.

Asked what he was thinking, he paid homage to his older brother, former Duke star and current Memphis Grizzlies guard Tyus Jones. “He’s been in this same moment before, he did grander things than that, so shout out big bro,” he said. “I know he’s watching wherever he is right now. I’m just trying to be like big bro.” Moore had 17 points and 10 rebounds and Cassius Stanley 22 points and six rebounds for Duke (20-3, 10-2 ACC), which earlier in the day was projected as the No. 2 seed in the East by the NCAA Tournament Selection Committee. Freshman Cole Anthony, a projected Top-10 NBA pick, had 24 points and 11 rebounds for the Tar Heels, who dropped to 10-13, 3-9. “I am not disappointed in my team,” UNC coach Roy Williams said. “I am not disappointed in my team’s effort.” He added: “Today I saw the team I thought we were going to have in the preseason.”