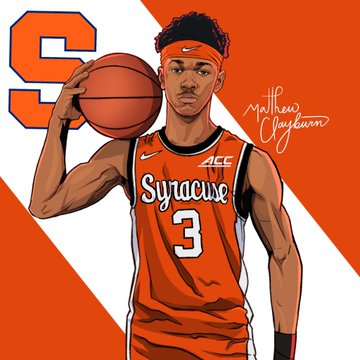 By JACOB POLACHECK Dior Johnson, the 6-foot-3 point guard from Lakewood (CA) Mayfair, announced his commitment to Syracuse on Friday, via Twitter. “I got a relationship with the whole staff. They have been recruiting me since the seventh grade. It felt like home,” Johnson told Rivals Friday. “I know they’re going to let me play my game and my style” Johnson’s commitment comes one week after taking an unofficial visit to Syracuse. Johnson is the first commit in Syracuse’s 2022 class. He also held offers from schools such as Alabama, Arizona State, Georgia Tech, LSU, Memphis, Ole Miss and TCU, among others. “The dome is amazing,” Johnson said about his future home. “I will be able to bring players with me. I would also rather have my own legacy and beat the blue bloods than play with them.” According to 247Sports, Johnson is ranked as the No. 6 overall player in the Class of 2022 and the No. 1 ranked point guard. Follow Jacob on Twitter Follow Adam Zagoria on Twitter And Like ZAGS on Facebook