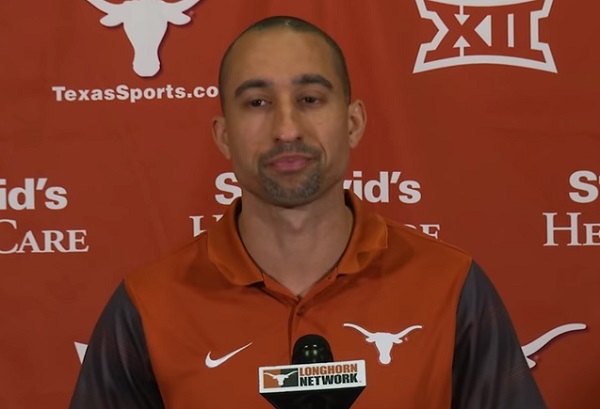 By ADAM ZAGORIA Shaka Smart’s seat continues to grow hotter by the day. After his Texas Longhorns were hammered at West Virginia, 97-59, on Monday evening for their second straight loss, former Texas great T.J. Ford came out on Twitter to say it was “disappointing and disheartening.” ESPN”s Dick Vitale then responded, “TJ it was embarrassing.”

TJ it was embarrassing !

Texas is 12-6 overall, 2-4 in the Big 12. West Virginia coach Bob Huggins defended Smart after the game. Smart has three years and $9 million left on his contract.

WVU coach Bob Huggins: “It’s not Shaka. Shaka’s a good coach. It’s not that. We made shots, and we’re coming off being embarrassed.”

Meantime, a source close to the family of 6-foot-11 freshman big man Kai Jones of the Bahamas said some NBA personnel are wondering why Jones doesn’t play more. He’s averaging 2.9 points and 2.6 rebounds in 12 minutes per game while playing behind sophomore forward Kamaka Hepa. Jones chose Texas over Baylor and Florida State in October 2018. “Of course everybody in the family is upset and disappointed but at the same time Kai comes from a well-educated and successful family,” the source said. “So, he is using this as fuel to practice harder, get in the gym more and keep being a great teammate. “NBA Scouts see the potential and ultimately if he continues to do everything right and work harder his talent will be recognized whether he get the playing time or not.” Asked about Jones, one NBA executive called him “a total project.” “Haven’t heard any buzz about him,” said a second NBA scout. Photo: LarryBrownSports.com Follow Adam Zagoria on Twitter And Like ZAGS on Facebook

Niels Lane is Down to Three