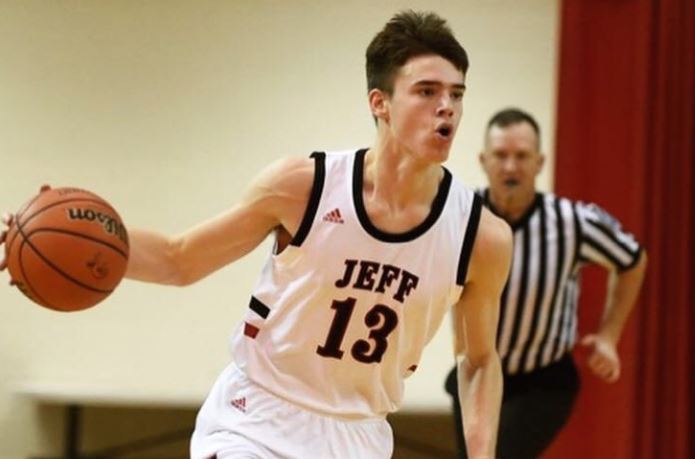 By JACOB POLACHECK Brooks Barnhizer, the 6-foot-6 small forward from Lafayette (IN) Jeff, told ZAGSBLOG Thursday that Western Kentucky, Butler, Northwestern and Ball State are recruiting him the hardest. He broke down each school: Western Kentucky: “They have been recruiting me since the summer. Their pitch has just been that they believe they can add on to their already successful program and become a mid-major powerhouse like Gonzaga.” Butler: “Butler’s staff has been very kind and they believe they’re headed in a great direction, with the great year they are having plus their signed recruits.” Northwestern: “Northwestern has also been recruiting me since the summer. They believe that they have a young squad with a lot of potential to be great in the future.” Ball State: “They’ve just shown that they’re an up-and-coming program that wants to keep climbing and compete for conference championships.” In addition to the schools mentioned above, Barnhizer also holds offers from Detroit, Evansville and Western Michigan. He has also received interest from Xavier and Belmont. Barnhizer has no upcoming visits planned. He broke down what he’s looking for in a school when making his decision: “Just mainly how I fit,” Barnhizer said. “Also, the quality of education I would be able to get.” Follow Jacob on Twitter Follow Adam Zagoria on Twitter And Like ZAGS on Facebook