Zion Harmon’s dad says Seton Hall visit ‘blew us out of the water,’ reclass and college decision likely by March 12 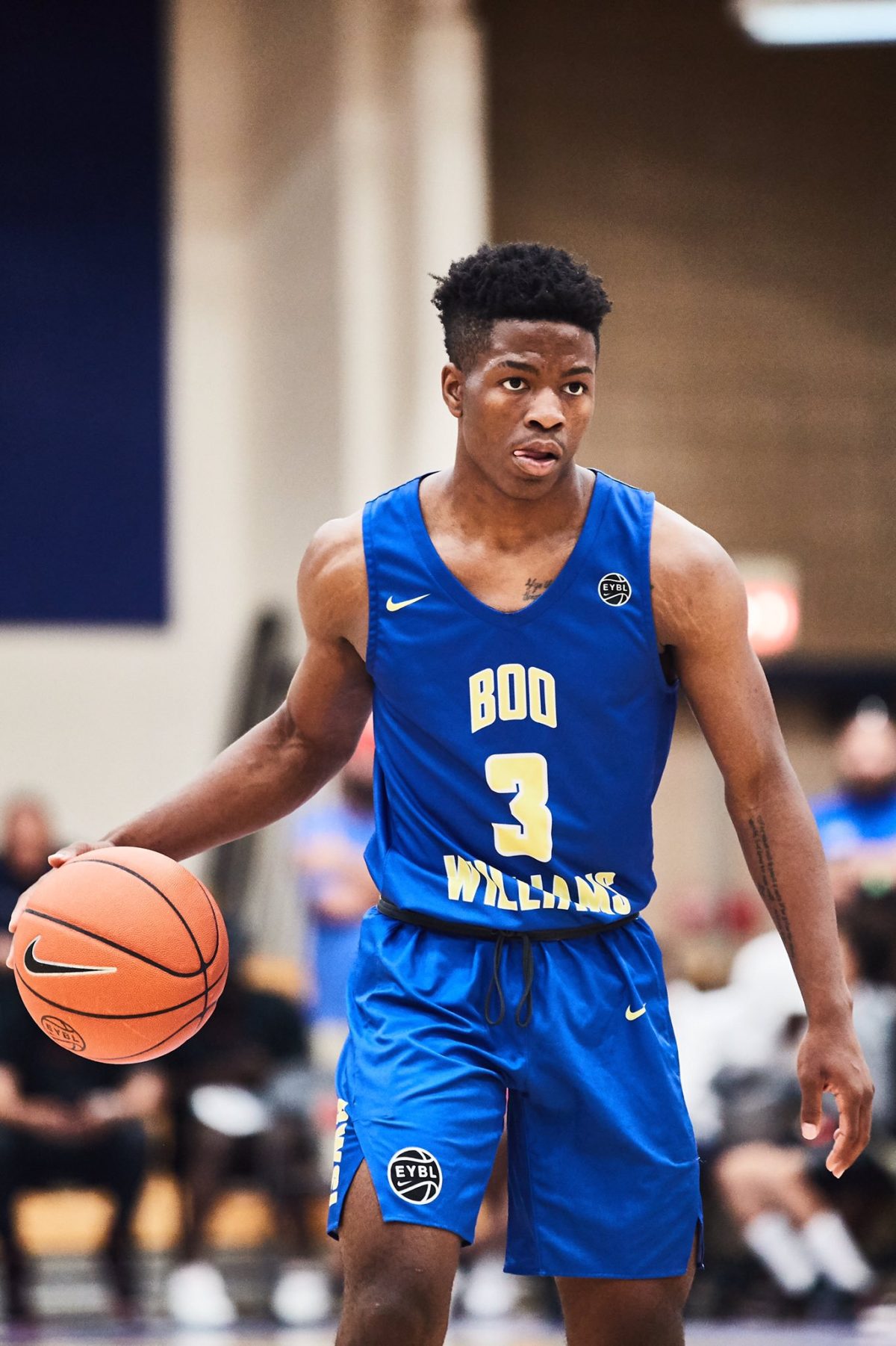 By ADAM ZAGORIA Mike Harmon, the father of Class of 2021 point guard Zion Harmon, raved about the family’s recent official visit to Seton Hall and said a decision about potential reclassification to 2020 and a college destination are expected by March 12, Zion’s 18th birthday. “Yeah, that’s what he’s told me, that he wants to announce on March 12, on his birthday where he’s going to go,” Mike Harmon said Tuesday by phone. Ranked the No. 5 point guard in the Class of 2021 by 247Sports.com, Harmon is listing Kansas, Louisville, Kentucky, Seton Hall, Murray State, Western Kentucky and LSU. His father said Kentucky never offered. Harmon took his official visit to Seton Hall last weekend and saw the Pirates win their sixth straight over Marquette in a game in which All-America guard Myles Powell scored 23 points. His father raved about the visit and the school. “Man, it was an unbelievable experience for us,” Mike Harmon said. “Obviously, we’ve been on visits to Maryland, we’ve been on visits to Western Kentucky, Louisville and so on and so forth and they’re excellent opportunities at each University. “The best way that I can describe it for me, is what coach [Kevin] Willard has built at Seton Hall University and the opportunity there is such a unique opportunity for Zion. It’s almost a scripted to the tee for him to come in and kind of fit like a puzzle.” If Harmon were to reclass to 2020, he would join a Seton Hall team that will lose Powell, fellow guard Quincy McKnight and big man Romaro Gill, but returns everybody else, including sophomores Anthony Nelson and Jared Rhoden and junior Sandro Mamukelashvili. Mike Harmon, who is originally from Ohio but grew up in the Washington, D.C. area, said they established a real bond with Willard, who attended Bowling Green High School in Kentucky, where Zion attended in eighth grade before moving on to Marshall County. “Him and coach Willard had that connection a little bit because he was trying to get a state title in Kentucky so it was good,” Mike said. “He’s a down-home guy that has traveled because of his dad. He’s just a special guy. “Coming in there and going through the walk-through and just watching coach Willard, [he] crossed every T, dotted every I, did everything that a coach could possibly do to prepare those kids,” he added. “I was just so impressed because he doesn’t get the top 20 or 30 kids in the country. He gets kids that he has to work with and grind, but he’s competing with those schools, and not just competing, but [having] outstanding success.” Of Powell, a contender for National Player of the Year honors, Harmon said, “It’s just a miracle what he’s done with that kid.”

He added: “To be able to balance that [Powell’s success] with the other players and the camaraderie and all of them feeling that they have a significant part, which they do, in the process within the concept of the game. Even though Myles is the star, all of them are intricate parts.” The elder Harmon added of the visit: “Seton Hall University is such a unique place. Not just the team, not just the coach, but that school is a special place, it really is. From the education advisor to the coaching standpoint to just what Seton Hall is, a small university that has a big voice and a big history, it’s just unbelievable.” Having grown up in the D.C. area, Mike said he fondly remembers the old Big East with coaches like John Thompson, P.J. Carlesimo, Jim Calhoun. Jim Boeheim, Rollie Massimino and Lou Carnesecca. “To me coming in, [Seton Hall] reminds me of Georgetown but smaller, but with that same type of rich history,” Mike Harmon said. Of Seton Hall, he added, “It’s his decision but it definitely had a big impact on me. It kind of blew me out of the water how it just connected so many dots.” Meantime, Zion is also slated to visit Kansas the weekend of Jan. 24-25. “You know the rich history of Kansas,” Mike Harmon said. “I want him to take all his visits so that he can make a value judgment.”

His dad said no other visits are planned after that. As for reclassifying, Zion is on track to have that option for 2020. “He could, he could,” Mike said. “If he announces that he’s going to Seton Hall and they need him for 2020 or wherever he goes, I could see him once school is out, going on campus and getting ready to play.” It’s also possible he could play the Nike EYBL circuit this summer with Boo Williams and then going to college in the fall. He could also spend his senior year in high school and “take all college courses so by the time he gets to college he has a year under his belt.” Mike said the reclass plan has been in the works for several years. “Our whole goal since the time he’s been in the seventh grade, he took six cores as a freshman, six as a sophomore and he’s finished his core work already, so our goal was to give him the opportunity to have the option to do that,” Mike said of reclassifying. “‘That’s always been on our plate as a possibility. “It just so happens with that Seton Hall as well as Maryland and Louisville, all of them need point guards this year. Zion will target March 12 for a decision on reclassifying and choosing a college. “I think by March 12, whatever he decides to do, it will be clear whether he’s going to do 2020 or stay 2021,” Mike said. “I think everything will be clear.” This story has been updated.
Follow Adam Zagoria on Twitter And Like ZAGS on Facebook