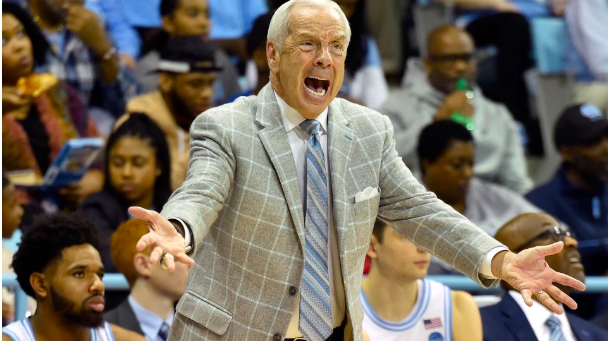 By JACOB POLACHECK One day after head coach Roy Williams publicly called out his team, North Carolina failed to respond Wednesday and blew a 14-point lead at home to Pittsburgh. The Tar Heels fell to the Panthers. 73-65. UNC led by nine points at halftime. That is the largest halftime lead UNC has blown at home since 1997 and third largest at the Dean Smith Center. Entering Wednesday’s game, the Tar Heels had lost five of their last seven games, including an embarrassing 96-83 defeat to Georgia Tech on Saturday. The loss gives the Tar Heels an 8-7 record (1-3 ACC) to start the season, their worst start since the 2001-2 campaign. Their NET ranking is 102. The Panthers move to 11-4 (2-2 ACC) on the year. On Tuesday, North Carolina head coach Roy Williams said this year’s Tar Heel squad is the least gifted he’s ever coached. He reiterated that statement after the loss Wednesday.

Roy Williams was asked about his comment saying this is the least talented team he’s coached.

His reply: I was being honest. pic.twitter.com/M2gyHrFQjm

“I didn’t make that statement for any reason other than that I was telling the truth,” Williams said. “I stand by that…I made a statement that. If anybody in here disagrees with it, that’s your prerogative.” Williams still needs one win to pass Dean Smith for 4th place on the men’s all-time D-I wins list. This was Pitt’s first win over UNC at the Dean Smith Center. Pitt head coach Jeff Capel signed a two-year extension on Wednesday before the game. Photo: Jared C. Tilton/Getty Images Follow Jacob on Twitter Follow Adam Zagoria on Twitter And Like ZAGS on Facebook