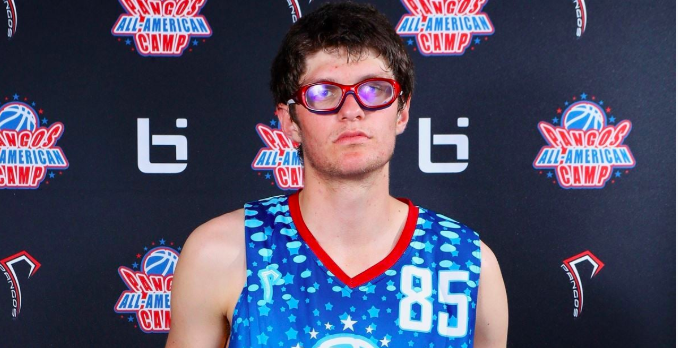 Wilhelm Breidenbach, the 6-foot-9 center from Mater Dei (CA), told ZAGSBLOG Sunday that Stanford, Nebraska and Virginia are the three schools recruiting him the hardest. Breidenbach has taken official visits to Stanford (Oct. 18-20) and Nebraska (Sept. 27-29). He broke down each school: Stanford: “Stanford really appeals to me obviously because of their academics. They pretty much speak for themselves. I really like the coaching staff and how they practice and play. They have had a really great start to the season so that’s fun to watch.” Nebraska: “I really like the area that it’s in. The coaching staff is very experienced and knows how to develop guys. I enjoyed the overall atmosphere of the school and the program in general.” Breidenbach says he’s also looking to take an official visit to Virginia, but is still open. “I don’t currently have any more visits planned but I may take one or two after basketball season,” Breidenbach said. He broke down his thoughts on Virginia. “I think their system really fits me and I like their overall style of play,” Breidenbach said. “In terms of their pitch, they’ve just said that they like how I play and think I would fit in.” Breidenbach also said he has been in touch with coaches from Ohio State. According to 247Sports, Breidenbach is ranked as the No. 89 overall player in the Class of 2021 and the No. 7 player from the state of California. Photo: Nick Koza Follow Jacob on Twitter Follow Adam Zagoria on Twitter And Like ZAGS on Facebook