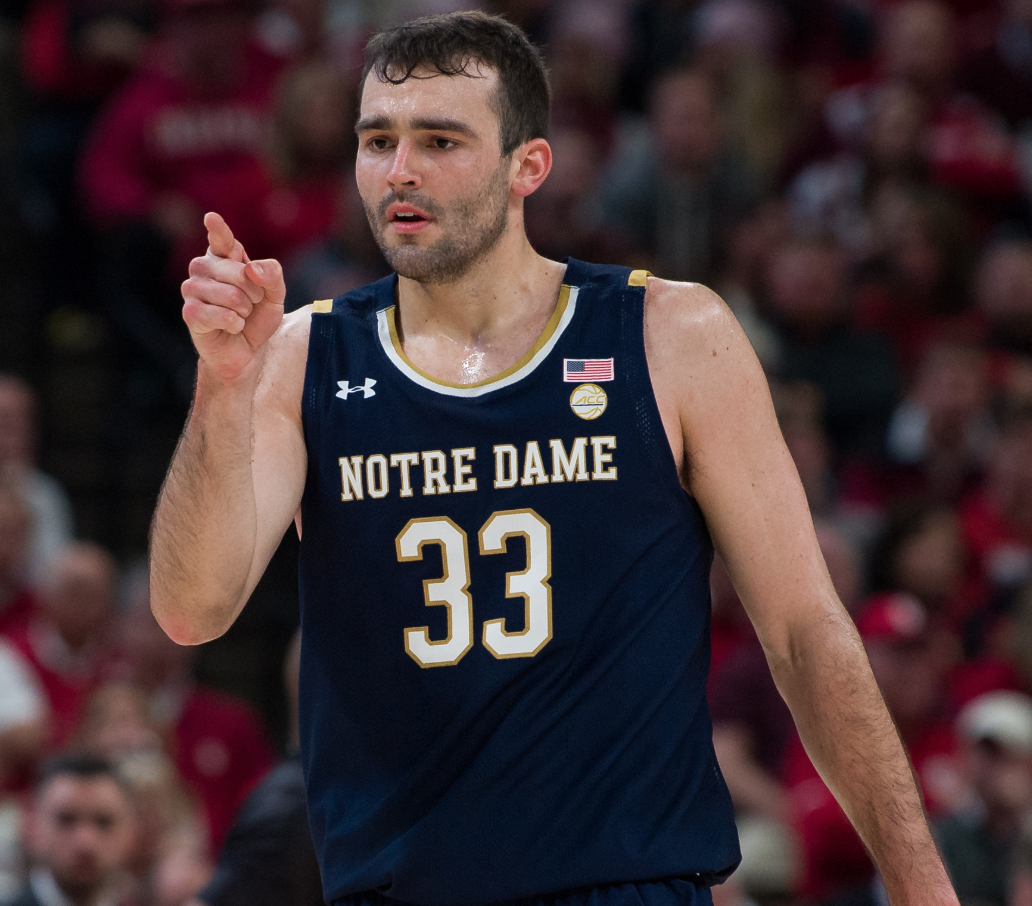 By: JAMES SZUBA SYRACUSE, N.Y. — Notre Dame basketball big man John Mooney tied a career-high 28 points on Saturday in an 88-87 road win over Syracuse. The Irish needed every point from its 6-foot-9 senior. Mooney’s go-ahead, put-back bucket with 36 seconds remaining gave Notre Dame a lead it wouldn’t relinquish. The bucket provided the edge Notre Dame needed to get the win. But perhaps what was equally important as Mooney’s 28 points was his work on the glass. As college basketball’s leader in rebounds per game, Mooney grabbed 14 boards on Saturday. It was his 11th double-double of the season. “He’s just so physical down low. You know, physical, strong kid, tough,” Syracuse head coach Jim Boeheim said. “We just couldn’t deal with him down there.” Mooney trails only Nate Knight of William & Mary in double-doubes this season. Knight has posted 12 double-doubles in 16 games, whereas Mooney has posted 11 in only 13 games. “He just works on his craft day in and day out,” Irish sophomore guard Prentiss Hubb said. “I think we have a great coaching staff to help him.” Mooney says he’s not a better athlete than most of the guys he competes against and he’s not going to out-jump anyone. He just says rebounding is a mentality. “I just kind of have the mentality that every shot is going to be a miss. I’m not the most athletic guy in the world so I have to be able to use my body and get positioning and just go get the ball. … So just having that mentality, that grit, is something I take pride in.” Notre Dame assistant coach coach Ryan Humphrey has helped Mooney as a post player. Humphrey was a player himself at Notre Dame and was a former first round pick in the 2002 NBA Draft. Humphrey has filtered his experience as a big man into Mooney and instilled knowledge on understanding angles and how to play physical without fouling. “He’s seen a lot of basketball,” Mooney said of Humphrey. “He played here (at Notre Dame) obviously, but in the pros for many years. He has a lot of experience. He’s done a great job of translating that to me.” If Mooney continues his double-double pace, he could pass his assistant coach. Humphrey posted 21 double-doubles in a single season at Notre Dame. Luke Harangody holds the single-season record at 25, but Mooney has a shot to break it. Follow James on twitter @JamesSzuba Follow Adam Zagoria on Twitter And Like ZAGS on Facebook