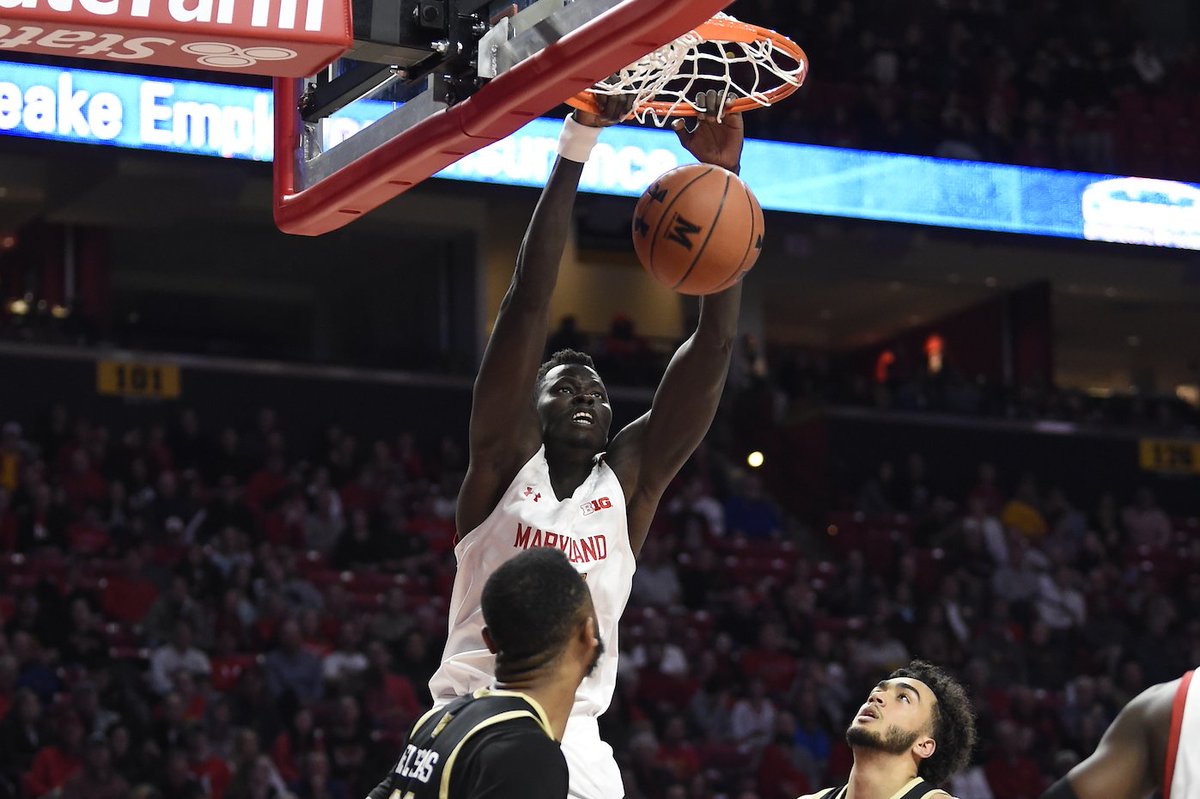 By ADAM ZAGORIA Chol Marial, Maryland’s 7-foot-2 freshman center who at one point was a projected NBA lottery pick, finally made his college debut on Sunday. After having major surgery on both legs and not playing much basketball in the last two years, Marial finished with six points and five rebounds in 14 minutes as No. 13 Maryland topped Bryant, 84-70, at home. “It felt amazing, and it was really great,” Marial said. “I’m always so excited to come in, and to see the guys to see everyone. That was amazing.” He added: “I wasn’t nervous, I was just too hyped. And I was just really hyped to play on the big stage. I wasn’t nervous.”

Maryland coach Mark Turgeon suited up Marial for the Seton Hall game on Dec. 19 but he never checked in. Before that game, Maryland assistant Matt Brady said the Bryant game might be a better target date.  “It was good to see Chol play and play well,” Turgeon said. “He gave us some really good minutes on both ends. A native of South Sudan, Marial was once projected as an NBA lottery pick, but is now seen as more of a project. He committed to Maryland in May after averaging 14 points, 13 rebounds and eight blocks at AZ Compass Prep. “He’s been really good in practice at different times,” Turgeon said. “I thought he would be a little bit more nervous, a little bit more out of it. He’s not only practiced just a little bit, early in the year he was in class when we were practicing, so he wasn’t at practice for a lot of our practices when he was hurt. For him to do what he did tonight was pretty impressive. A lot of it was ball screen defense. He was not really a part of the offense in the second half because we changed our offense. He was good, his attitude was good, and what he did was energize the building. He energized our team. “ Turgeon previously told ZAGSBLOG of Marial: “He’s a year away, the kid’s a year away from getting back to who he was.” Photo: @TerrapinHoops· Follow Adam Zagoria on Twitter And Like ZAGS on Facebook