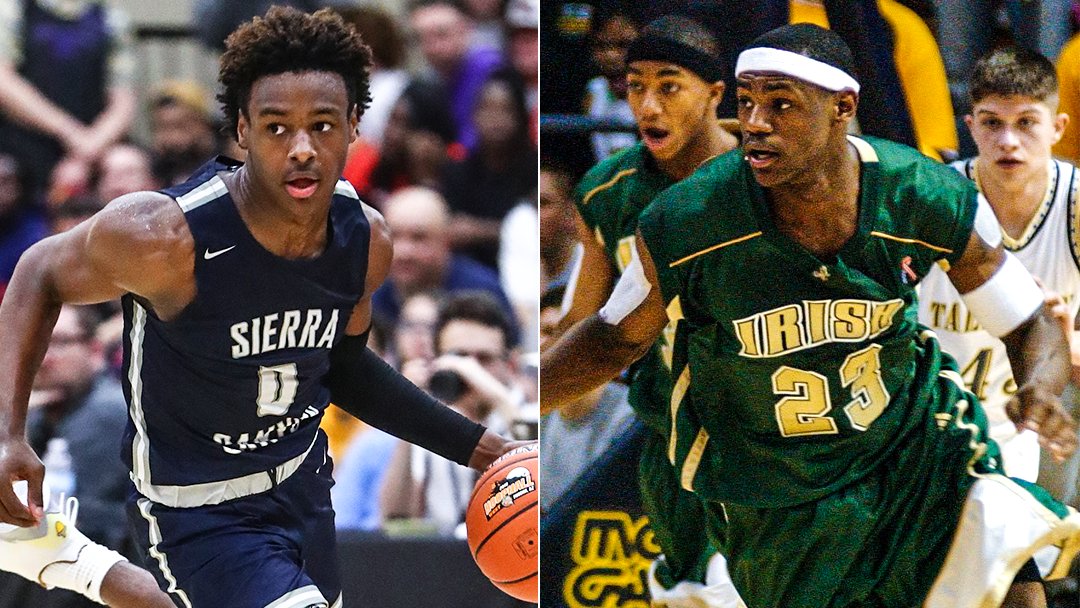 By ADAM ZAGORIA Bronny James and his Sierra Canyon (CA) teammates will appear on ESPN’s James told ESPN during a halftime interview. “Coming in here and being such a surreal moment for myself, our family, for Bronny himself. It’s pretty cool.” James added that he used to get upset at his mother for cheering loudly for him during his AAU games, but can now relate to what she went through. “I apologize,” he said. “I know exactly what it’s like to be a parent watching your kids play.”

LeBron jumping up and down as Bronny gets the go-ahead bucket with less than a minute left ? pic.twitter.com/7OA8dnAZoA

James, who chartered a flight on the Lakers’ off day between games in Miami and Chicago to watch the game, watched it courtside with his former St. Vincent-St. Mary teammates known as the “Fab Five.” James led the school win a state championship in 2003. His agent Rich Paul was also in attendance.

Bronny is heating up, and LeBron is out of his seat ? pic.twitter.com/WQXtYX70wH