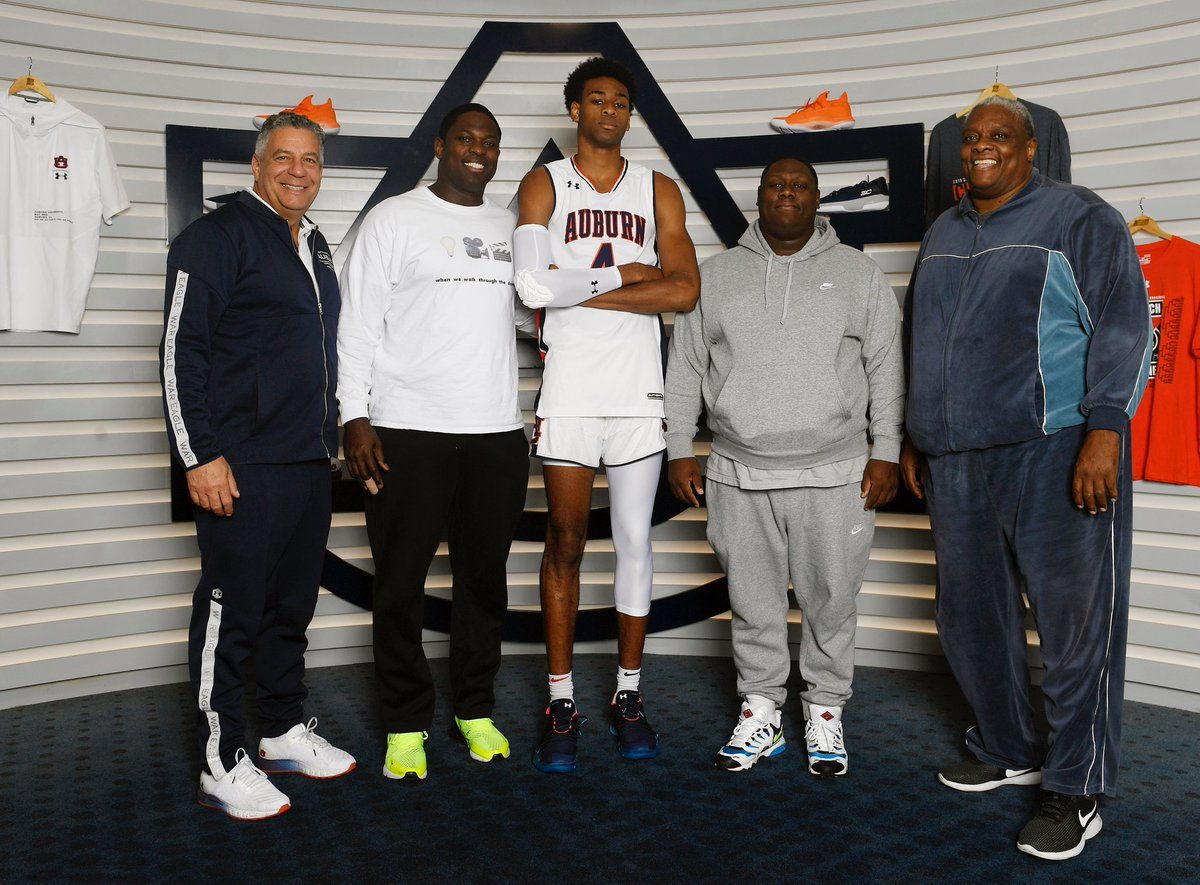 By ADAM ZAGORIA Greg Brown, the 6-foot-9 forward Vandegrift (TX) and Texas Titans, was at Auburn on Saturday for the Iron Bowl. Brown watched as Auburn upset No. 5 Alabama, 48-45, in the annual game to spoil No. 5 Alabama’s chances of making the CFP. “Here now, having a great time,” his father texted.

2020 hoops star ⁦@gb3elite⁩ at Auburn for their win over Alabama in the Iron Bowl pic.twitter.com/9TiGCegnaa

The No. 1 power forward in 2020 per 247Sports.com, Brown is considering Auburn, Kentucky, Memphis, North Carolina, and Texas. He took first official visit to Texas (Sept. 5) and took an unofficial to UNC (Sept. 27). To kick off the New Year, he will head to Memphis (Jan. 5) and then head to Kentucky (Jan. 10). This year on the EYBL circuit, he averaged 18.7 points and 8.5 rebounds through 17 games of play. In other Auburn recruiting news, Sharife Cooper of McEachern (GA) went for a triple-double of 52 points, 13 rebounds and 10 assists on Saturday in a win over Windsor Forest (GA). On Friday, he tallied 44 points, 8 rebounds and 6 assists against Josh Christopher, Dior Johnson and Mayfair (CA). Follow Ryan on Twitter Follow Adam Zagoria on Twitter And like ZAGS on Facebook