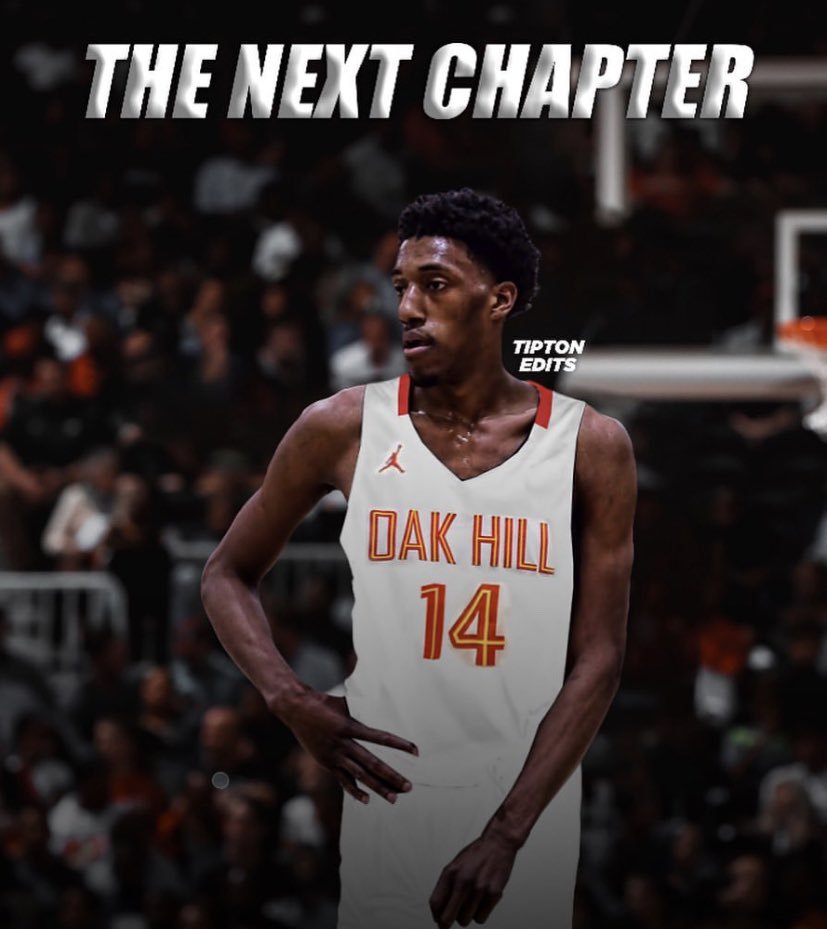 By ADAM ZAGORIA Jamari Sibley, the 6-foot-9, 180-pound forward from Oak Hill Academy (VA), has committed to Georgetown, he told ZAGSBLOG. “Just the best fit for me to grow as a man and as a player,” he said by phone. “And the relationships I have with the coaching staff.”

Ranked the No. 18 power forward in 2020 by 247Sports.com, Sibley visited Georgetown Oct. 4. He also visited Iowa and Minnesota. “Jamari is a long, athletic forward who can play multiple positions,” legendary Oak Hill coach Steve Smith said. “He can score it from three and off the bounce. He is an excellent rebounder and defender. We play Jamari on the front of our press and our 1-3-1 half- court defense. He leads our team in deflections and steals.” In the end, Sibley’s belief in head coach Patrick Ewing was the difference because of his history working with big men and his “knowledge” of the game. “He’s a great person that works with the guards, too,” Sibley said. “I can get the best of both.” Georgetown also has point guard Dante Harris and power forward Terrance Williams committed in its 2020 class. With the addition of Williams and the presence of 6-11 big man Qudus Wahab and 6-8 Jamorko Pickett, Sibley is looking forward to playing on the wing with the Hoyas. “That’s good, I don’t have to play any big men, I can play on the wing, at the three” he said. “Just working on my handles and my shot and my play-making abilities.” As for his goals at Georgetown, Sibley said, “Make the [NCAA] Tournament. I just want to bring a lot of attention to the team that’s good attention.” Follow Adam Zagoria on Twitter And like ZAGS on Facebook