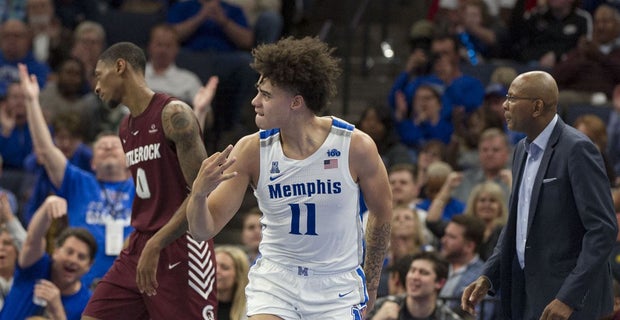 Memphis freshman guard Lester Quinones broke his right hand in Saturday’s game against Ole Miss at FedExForum and will miss at least three weeks, the school announced. “We found out he had the third and fourth metatarsal broken in his hand,” Memphis coach Penny Hardaway said Monday. “He does not need surgery. Estimated days being out is 21 days or three weeks. So we’ll see how that goes. Hopefully, that goes as planned and he doesn’t need any more time, but he broke two bones in his right hand.” Quinones, a starter who previously played at IMG Academy (FL) and St. Benedict’s Prep (N.J.), is averaging 10.3 points and 3.5 rebounds per game. Photo: Justin Ford, USA TODAY Sports Follow Adam Zagoria on Twitter And Like ZAGS on Facebook

Duke takes over No. 1 ranking in AP poll, followed by Louisville, Michigan State