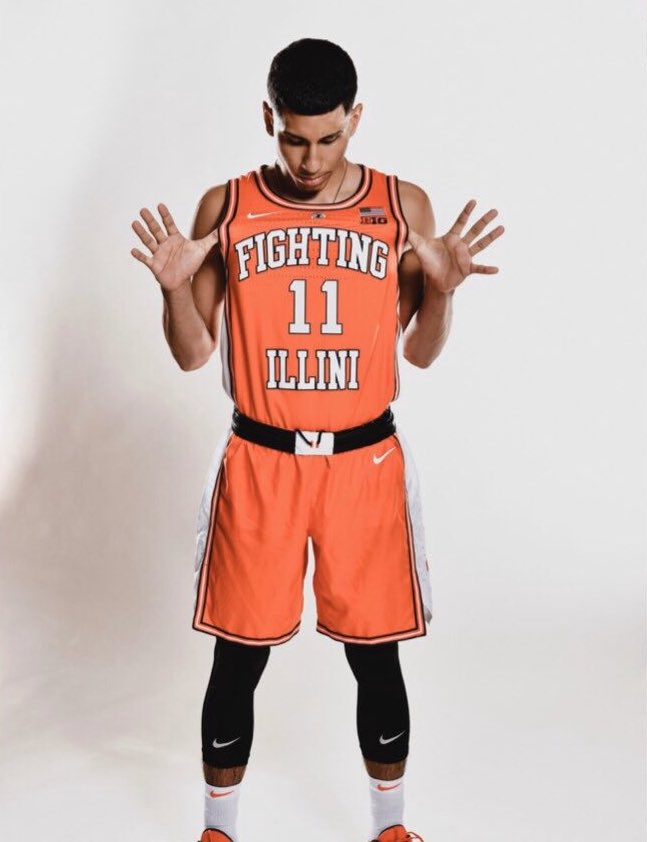 By ADAM ZAGORIA Illinois scored its point guard of the future on Friday when Andre Curbelo pledged to the Big Ten school. The 6-foot-1 Puerto Rican point guard from Long Island Lutheran and the NY Jayhawks picked Illinois over Miami. Ranked the No. 9 point guard in the Class of 2020 by 247Sports.com, he also held offers from Indiana, Texas A&M, Kansas, Oregon, Florida, UConn, Georgetown, Providence, Louisville, Boston College, Pitt, Maryland and Texas Tech.

St. John’s coach Mike Anderson and Illinois coach Brad Underwood among those here at @LuHiBasketball for @papicurbelo11 and @ZedBasketball14

Marquette coach Steve Wojo and his whole staff are here

Curbelo is the second Long Island Lutheran player this fall to commit to a Big Ten school after forward Zed Key chose Ohio State on Sept. 22. Curbelo is also the sixth Division 1 commit in 2020 from the NY Jayhawks. Curbelo has developed a good relationship with Illinois assistant Orlando Antigua. Antigua and Illinois head man Brad Underwood visited Curbelo several times this fall. “I’ve been talking to them,” Curbelo said in September. “Antigua, besides him being a great coach and a recruiter, I see him as a good friend. He’s friends with my dad. He speaks Spanish, so it’s always good to have a guy who if you’re somewhere you don’t like, you can always ask him, ‘Hey, give me some tips.’ Even though you didn’t go to his college, I’m pretty sure that he’ll always be there for myself.

LuHi head coach John Buck said Curbelo figures to make an impact sooner than later. “Andre is an incredible floor general,” Buck said. “He has a feel for the game that you simply can not teach. Each year, he has improved markedly in his career here at LuHi. Without a doubt, he is one of the best point guards in the country and has the chance to make an immediate impact at a high major college.” Last spring, Curbelo helped lead LuHi to the New York State Federation championship. “He averaged about 25 a game as a junior last year in the state tournament to take [the New York State Federation title] home,” Buck added. “He’s not only pass-first, but he is a get his teammates involved classic point guard who can control the game. I give him the ball and he gives it back to me after minutes with a win.” Curbelo is Illinois’ second pledge in 2020 following Prolific Prep (CA) forward Coleman Hawkins. Follow Adam Zagoria on Twitter And like ZAGS on Facebook