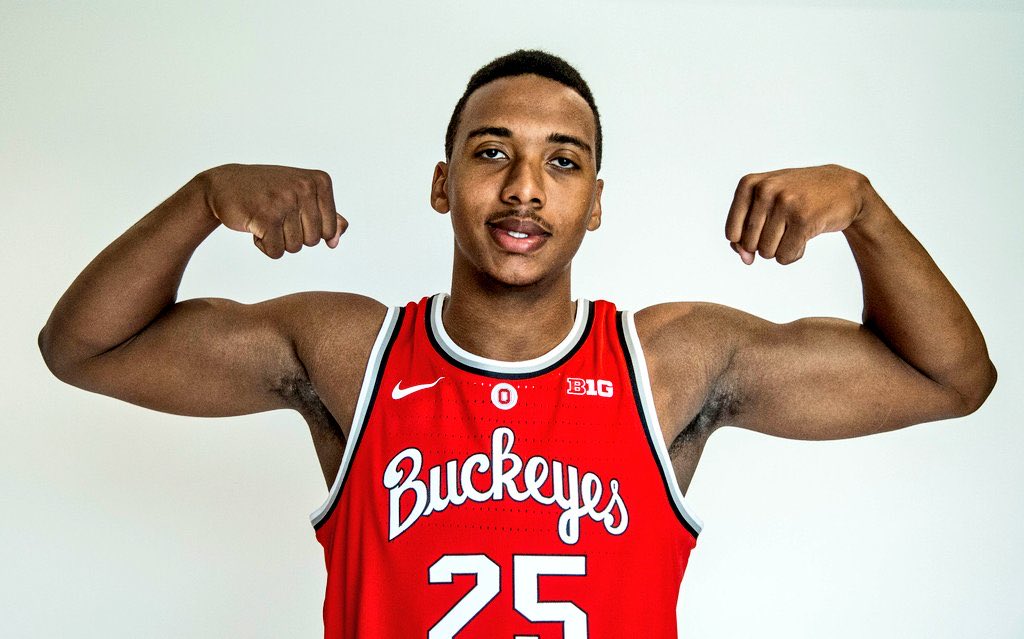 Key, who helped lead Long Island Lutheran to a New York State Federation Class AA title last season, took an official visit to Ohio State earlier this month. He canceled upcoming visits to Marquette (Sept. 21) and Florida (Sept. 28). Illinois, Rutgers, Providence St. John’s had also been involved. He said he has known he would pick Ohio State since a week ago. “I just loved the coaching staff,” he said of Ohio State. “The fact that everything is right in the center [of campus], the academics and classes I would need is right in the center of the college. All their facilities are very state-of-the-art, and they train your body and get your body right.” Key models himself after a mix of Tobias Harris and Joel Embiid “just to be able to handle the ball, and pick-and-pop.”

6’9” 4⭐️Zed Key’20 @ZedBasketball14 of @NYJayhawks & @LuHiBasketball on why he chose Ohio St,
what he hopes to bring to the #Buckeyes ,
when he knew it was The place,
how he connected with Luther Muhammad,
what he’ll be improving this season,
& what fans should expect next season pic.twitter.com/ftZk6eKdq6

“I’ll come right in and be a four, maybe a three,” he said of his role at Ohio State. “Do what I’ve been doing my whole life, footwork, post, mid-range, finishing around the rim. Just be yourself.” “He’s just worked so hard on his body this offseason,” LuHi coach John Buck said. “He’s come such a long way in six months that if he keeps working at it, there’s a reason why so many high-major kids are now on him after this summer. I think he can play with anyone in the country if he continues to work.” Key is Ohio State’s second commit in 2020 following shooting guard Eugene Brown III. The Buckeyes are in the mix for several other players, including Montverde (FL) Academy wing Scottie Barnes, who will visit Ohio State (Oct. 4). Going forward, Key wants to “win another state title with LuHi and obviously go undefeated.” Follow Adam Zagoria on Twitter And Like ZAGS on Facebook