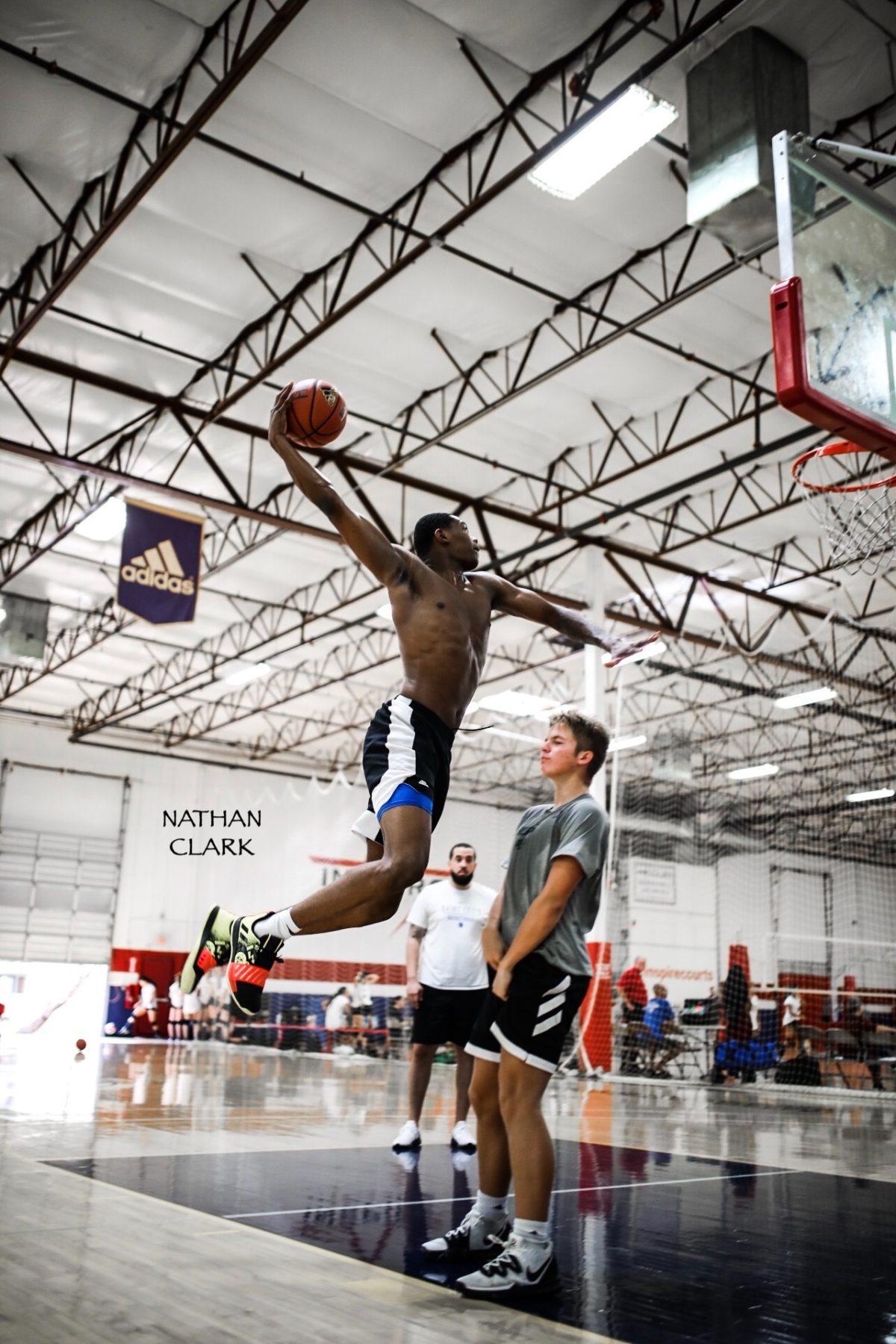 By ADAM ZAGORIA Mike Foster, a 6-foot-10, 235-pound power forward from Hillcrest Prep (AZ) who has been called a cross between NBA big men Marvin Bagley III and DeAndre Ayton, wants to visit Kentucky and North Carolina in the coming months. A native of Milwaukee, Foster is ranked the No. 3 power forward in the Class of 2021 per 247Sports.com. Oe mock draft projects him as the No. 15 pick in the 2022 NBA Draft. He holds offers from Maryland, St. John’s, Georgia, Ohio State, Michigan, Arizona, Florida State, TCU, Memphis, Illinois, Georgetown, Kansas, Wake Forest, UCLA, Minnesota, Houston, Texas A&M, Marquette, LSU and Arizona State. Kentucky and North Carolina have not officially offered yet, but Foster is intrigued by both schools. He hopes to take five official visits this year, and may visit those bluebloods after his high school season. “Kentucky, they develop pros and when I was at [Milwaukee] Washington [High School] a couple months I had talked to Cal,” he said of Kentucky coach John Calipari by phone on Saturday from Arizona. “He develops pros, he’s good at that. Seventy percent of people who come in are pros so that’s something I caught on to.”

As for North Carolina, he likes the tempo at which they play. “They play fast, they push the tempo, that’s what I like,” Foster said. “I like to run and that’s one of my key factors for my game.” Georgia and Arizona are among the other schools involved for Foster. He took an official to Georgia weekend of Sept. 20. “It was good, I like the atmosphere, a lot of fans,” he said of Georgia and coach Tom Crean. “They want to help me develop to who I want to be and they want me to be the best I can be,” he said. “They want to help me do that.” The Bulldogs currently feature freshman Anthony Edwards, a projected top-3 pick in the 2020 NBA Draft. “I don’t know if I’m going to go there, but if I end up going there, he should be gone,” Foster said. Arizona is also in the mix and recently had its whole staff to see Foster. “Yeah, but not really,” Foster said. “They came to a couple of our practices, they talked to me, but not no personal phone calls or anything.” He said Arizona State is no longer in the mix. “I think they kind of fell off,” he said. “I ain’t talked to them in a minute.” Florida State head coach Leonard Hamilton was in to see Foster this past week, while Kansas, Michigan, Georgia, UCLA and Auburn have also recently been in. Other schools that have been in for him are Texas, Florida, Arizona State, LSU and Marquette. “Yeah I’m wide open,” Foster said. Hillcrest Prep coach Nick Weaver said Foster “is a cross between Ayton and Bagley,” the No. 1 and 2 picks in 2018. “He’s as good as Bagley was here,” Weaver said. “He can put the ball on the floor like Bagley did and finish out in traffic. He can also post up on the block and has an incredible jump Ayton did. He blocks a ton of shots also.” Foster has another star in mind. “I feel like I got the potential to be like Kevin Durant but other people see different,” he said. Foster said he chose Hillcrest Prep because “they focus more on you” and he gets time to work on his game. As for his recruitment plans, he plans to “start cutting my list down next summer. But I’m going to go on my official visits this year so I can have five as a junior and five as a senior. So I might as well just use them all.” Follow Adam Zagoria on Twitter And Like ZAGS on Facebook