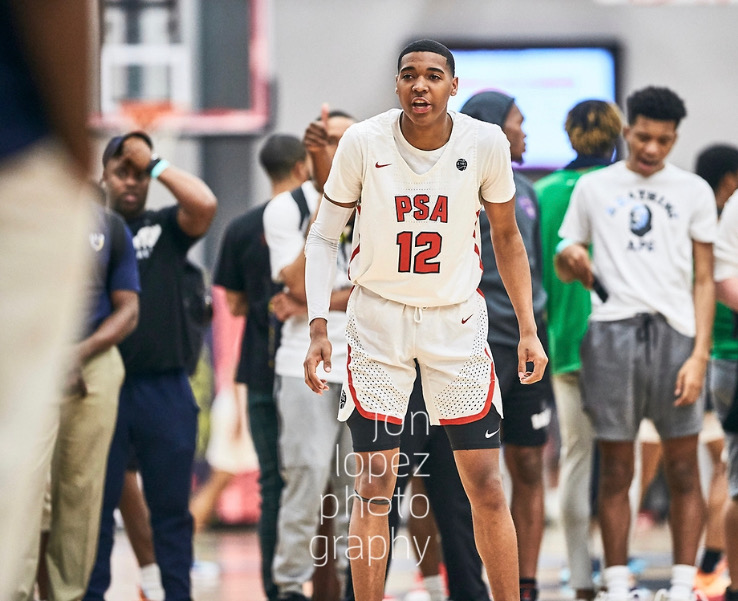 By ADAM ZAGORIA Mekhi Gray, the 6-foot-4 shooting guard from Putnam Science Academy (CT) and the PSA Cardinals, is down to four schools and will now announce on Nov. 11, he told ZAGSBLOG. The Montrose, N.Y. native and former Hendrick Hudson star is down to Fairfield, St. Bonaventure, Siena NJIT. He has visited Siena (Sept. 27-29), NJIT (Oct. 5-7), St. Bonaventure (Oct. 12-14) and Fairfield (Oct. 18-20). Of the Fairfield visit, he said: “Everything was great here at Fairfield.” As for St. Bonaventure, he said: “The visit was great. They’re missing an all-around athletic wing. I would come in and get great minutes as a freshman. I would be having a great career [with the] Bonnies on and off the court for when basketball is over.

Visitors Quintin Metcalf and Mekhi Gray playing around in the RC. pic.twitter.com/BjMlJ3CWLY

In terms of Siena, he said, “They’re bringing in a very talented and diverse 2020 class. [They said] I’m the missing piece to the puzzle in that freshman class. I would be an immediate impact player coming in because they lack an athletic, slashing wing player. “ NJIT’s message? “TheirtTeam has come together with the freshman class they have brought in for the 2019-2020 season. I would set the team over the top and bring them to the next level, being able to stretch the floor, score, defend and rebound. I would be coming in having a great chance at starting.”

Here’s that dunk from @HenHudBall‘s Mekhi Gray in their win over Ossining. If he blows this, they might lose the game… pic.twitter.com/ACcpGerDyO