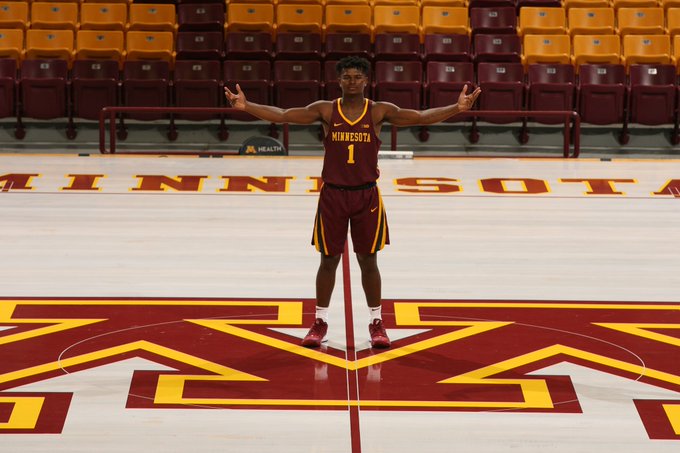 By JACOB POLACHECK Jamal Mashburn Jr., the 6-foot point guard from Brewster Academy (NH) and the PSA Cardinals AAU program, announced his commitment to Minnesota on Monday, his dad told ZAGSBLOG Monday. “[Richard Pitino] really concentrated on deepening his relationship with [Jamal],” Jamal Mashburn Sr. told ZAGSBLOG. “He really worked on telling [Jamal] what his strengths and weaknesses are and what he has to do in order to earn minutes and have an impact at the University of Minnesota, on and off the court.” Mashburn took an official visit to Minnesota earlier this month (Oct. 5). “It was really detailed and that’s what he’s been looking forward to as a kid,” said Mashburn Sr. “He always wants to know what he can do to get better.” He took his first official visit to California (Sept. 27) and was also scheduled to see Wake Forest, but he canceled the trip and opted to end his recruitment. Mashburn Sr. played for Pitino’s father, Rick, at Kentucky, where he led the Wildcats to a Final Four appearance and eventually began the No. 4 overall pick in the 1993 NBA Draft. According to 247Sports, Mashburn is ranked as the No. 88 overall player in the Class of 2020 and the No. 10 ranked combo guard in the class. He joins Martice Mitchell as the second commit in Minnesota’s 2020 class. Follow Jacob on Twitter Follow Adam Zagoria on Twitter And Like ZAGS on Facebook