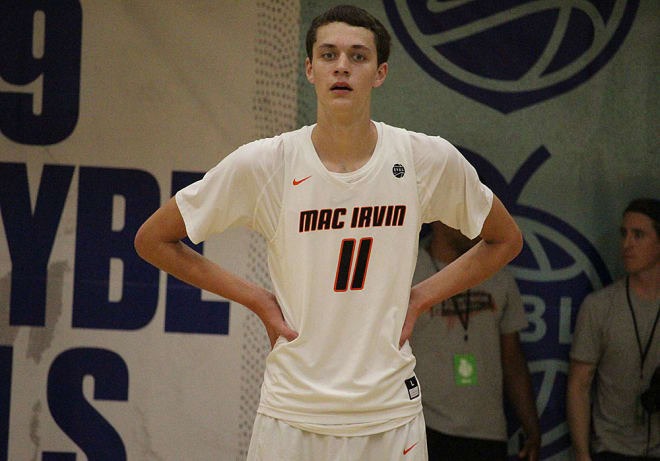 By RYAN McMULLEN Ryan Kalkbrenner, the 6-foot-11 center from Trinity Catholic (MO) and the Mac Irvin Fire, announced his commitment to Creighton on Sunday night. He picked the Bluejays over Cincinnati, Illinois, Kansas, Missouri, Purdue, and Stanford.

Kalkbrenner is known for his mobility, athleticism, and smooth shooting stroke. This year on the EYBL circuit, he averaged 7.6 points, 8.4 rebounds, and 4.3 blocks. Kalkbrenner is the first commit for Creighton’s 2020 class. They are still in the running for three-star shooting guard Richie Saunders. According to 247Sports, Kalkbrenner is a four-star prospect, ranked No. 57 nationally, and is the No. 9 power forward. Follow Ryan on Twitter Follow Adam Zagoria on Twitter And like ZAGS on Facebook