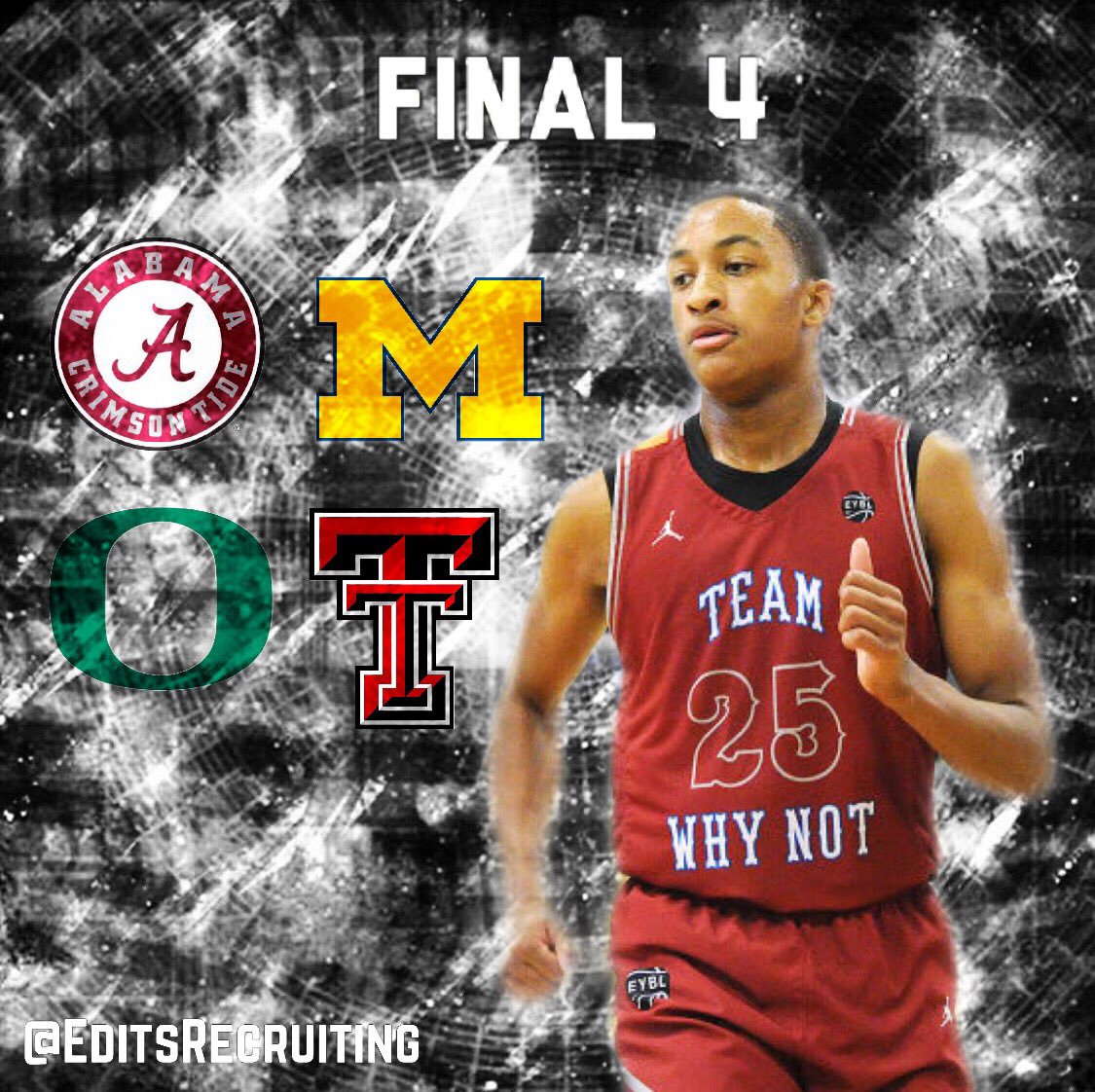 By ADAM ZAGORIA Burnett, the Class of 2020 guard from Prolific Prep (CA), has shuffled his official visit dates a bit. The 6-foot-3 combo guard is down to Alabama, Michigan, Oregon Texas Tech. Having visited Michigan earlier this month, Burnett will now visit Alabama (Sept. 25-27), Texas Tech (Oct. 18-20) and Oregon (Oct. 25-27), he told ZAGSBLOG. Burnett was previously set to visit Oregon this coming weekend. Texas Tech coach Chris Beard and assistant Ulric were in to see Burnett last week at Prep and made a strong impression. “I really like Texas Tech because of Coach Beard and Coach Ulric,” he said. “They have a staff that is going to push me and want the best for me and coaches who are proven to be successful.” He previously broke down his other options: Michigan: “I liked how the coaches want the best for me has a great relationship with each other all across program. Their message was that I will be able to play 30-35 minutes a game and be an intricate part of the team’s success. they have a good system and a read and fast-paced offense.” Alabama: “They’re a good program. Coach Nate Oats and coach Bryan [Hodgson] recruiting me hard. With them coming from Buffalo, I’ve them since my sophomore year.  They’re a good program and they’re starting something special over there.”  Oregon: “They coming in as a point guard right away. I can really help the team win and make l Four. They really intriguing prospects that I wouldn’t mind playing with. They have a bright future as well.”  Playing for Team WhyNot on the EYBL circuit, Burnett averaged 20.4 points a game, while shooting 46 percent from the field. In the Peach Jam, Team WhyNot lost in the title game to MoKan Elite. Burnett averaged 16.7 points, 5.9 rebounds and 2.9 assists a game and was 42 of 92 from the field, including 11 of 40 from three-point range. Burnett also played with USA Basketball as a part of the U18 3-on-3 championship team that won the 18U World Cup in Mongolia. Follow Adam Zagoria on Twitter And like ZAGS on Facebook