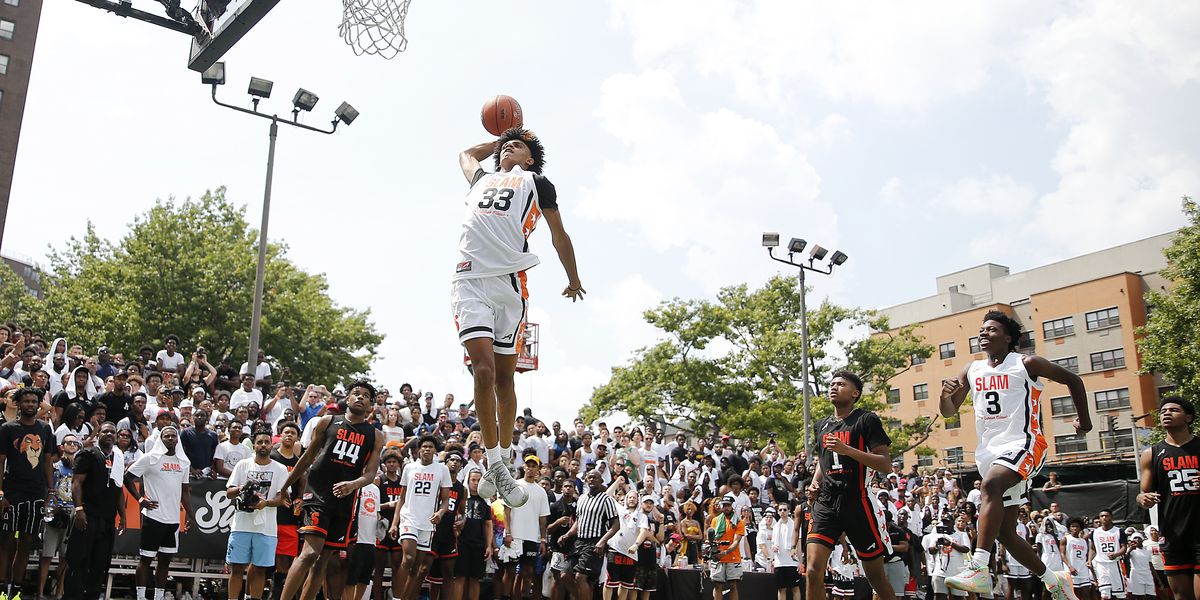 By ADAM ZAGORIA Andre Jackson, the 6-foot-7 wing from Albany (N.Y.) Academy and the Albany City has two official visits coming up in the next two weekends. Jackson will take an official visit to UConn this weekend (Sept. 20) and Iowa next weekend (Sept. 27), Albany Academy coach Brian Fruscio said. He previously took an official to UConn in March during his junior season. He is also considering Syracuse, UCLA Maryland. Syracuse head coach Jim Boeheim, Iowa’s Fran McCaffery and assistants from UConn and UCLA were in for Jackson last week, while assistants from UConn, Syracuse Iowa have been in this week.

Jackson broke down his schools this summer for ZAGSBLOG: Maryland – “Maryland has been cool. I ‘em when I was just a freshman. That was the first school I was on a visit to. One of the team [Kevin Huerter], when he was a senior, I was a freshman. It’s a pretty cool school. They’ve been reaching out to me lately.” Syracuse – “Syracuse has been around since the jump. They’ve been on me heavy ever since they even started recruiting me. “They have a good history of players, sending wings to the NBA more than any other school that’s talking to me except UCLA.” UConn – “UConn, way. They’ve recruited me since sophomore year.”

UCLA – “UCLA, they were at Cincinnati recruiting me heavy and [Mick Cronin] transferred there and have been recruiting me there.”