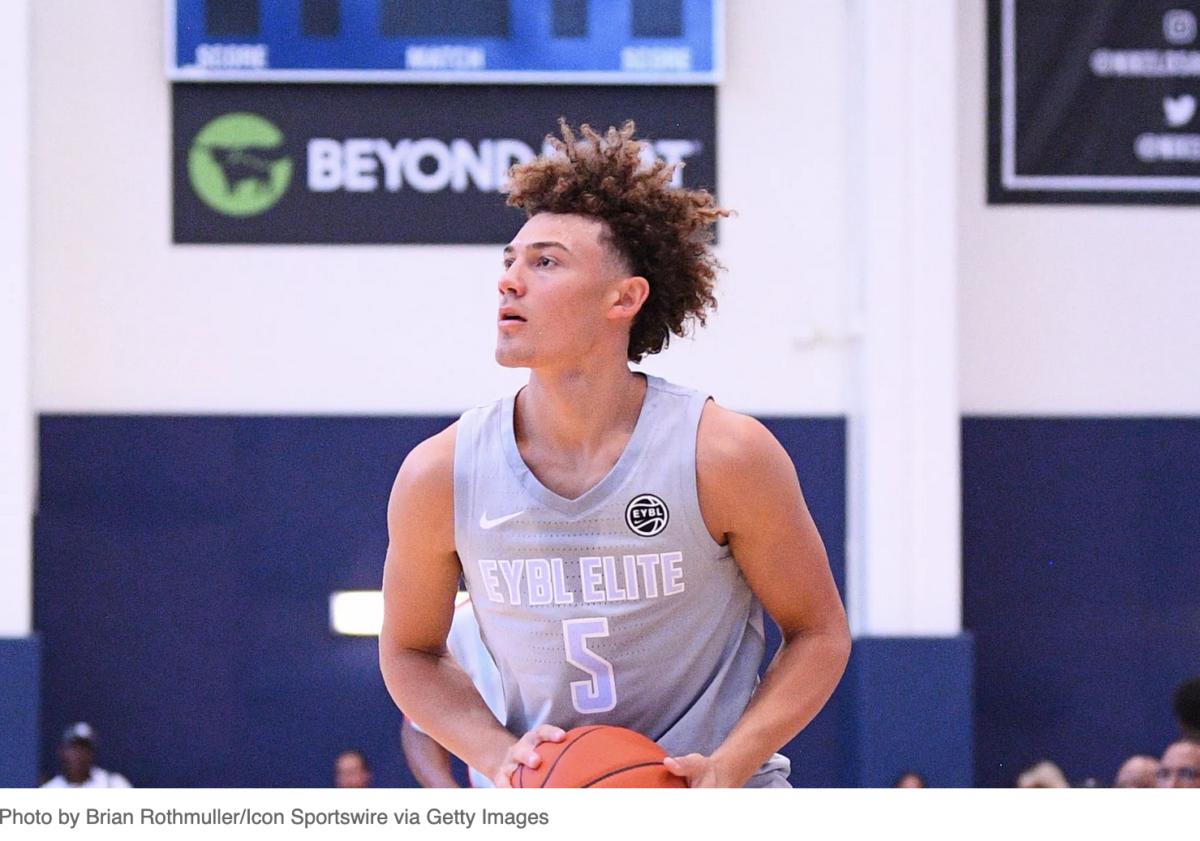 By ADAM ZAGORIA Devin Askew, the 6-foot-3 point guard from Mater Dei (CA) and Team Why Not?, said on Instagram that he will make a college announcement soon. Askew is the No. 2-ranked combo guard in the Class of 2021 according to 247Sports.com, but he has the option of reclassifying to 2020.

Askew met with Louisville head coach Chris Mack on Monday and has also met recently with Kentucky coach John Calipari. Askew took an official visit to Louisville Sept. 1 and has one set to Villanova on Oct. 4. He’s also expected to take an unofficial to Memphis on Oct. 3. Kentucky has a four-man recruiting class ranked No. 1 in the nation but is in need of a point guard. The Wildcats have focused on Cade Cunningham and while parting ways with Jalen Green. Louisville is still looking for its first commit in the 2020 class, and appears to be in good position for Askew. “They are really recruiting me hard,” Askew told Cardinal Authority this summer. “I love Louisville and they love my game. I think it’s a great fit for my game and I really like the coaches and the focus they have put on me. “We started talking and I just liked them a whole lot. I went out there for a visit and they knocked it off the shelf.”