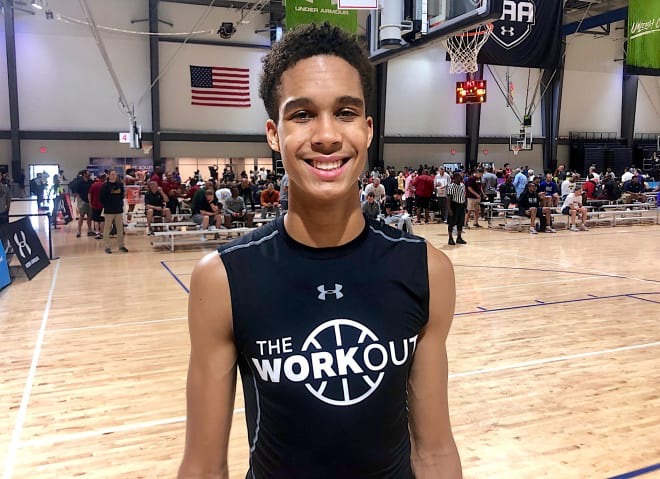 By: RYAN McMULLEN Osasere Ighodaro, the 6-foot-9 forward from Desert Vista (AZ), announced his commitment to Marquette on Friday. He picked the Golden Eagles over Stanford, Texas, and Vanderbilt. “I am a versatile player,” Ighodaro told the Journal Sentinel after his visit. “I can guard 1-5 and play 1-5.” Ighodaro joins four-star Justin Lewis for their 2020 class. They are still in the running for four-star point guard R.J. Davis and three-star Zed Key power forward. Both will take official visits this month. According to 247Sports, Ighodaro is a four-star prospect, ranked No. 57 nationally, and is the No. 9 power forward. Follow Ryan on Twitter Follow Adam Zagoria on Twitter And like ZAGS on Facebook