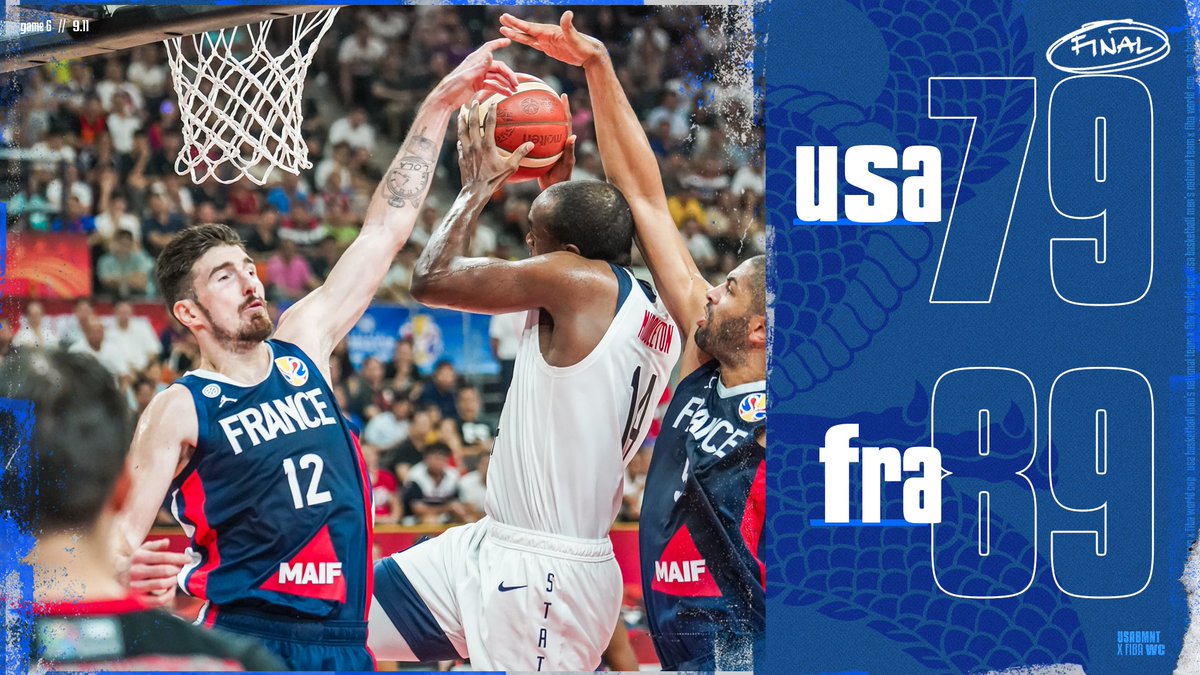 The United States was upset by France in the quarterfinals of the FIBA Basketball World Cup, 89-79, on Wednesday in Dongguan, China. Evan Fournier of the Orlando Magic had 22 points for France and Rudy Gobert of the Utah Jazz went for 21 and 16 rebounds. Knicks guard Frank Ntilikina scored 7 of his 11 points in the fourth quarter and added 3 assists in the win while holding Kemba Walker to 10 points on 2-of-9 shooting with 0 assists, 3 rebounds 4 turnovers. Donovan Mitchell led the U.S. with 29 points, 6 rebounds 4 assists but was scoreless in the fourth quarter. Marcus Smart had 11 points and Jaylen Brown had 9 points and 4 rebounds. Jayson Tatum (ankle) did not play.

The best guard on the court today and some dude named Kemba Walker pic.twitter.com/W4lgUjoEAi

The Americans are now in fifth place and won’t medal at an international event for the first time since 2002. The U.S. had won 58 straight games in FIBA and Olympic competition, going back to a loss to Greece in world championship in Japan. “Any loss hurts,” Team USA coach Gregg Popovich said per The New York Times. “This situation hurts more, but life goes on. This is very important. We would have loved to have won, just like any other team would love to win all their games in this tournament. But we’re all grown. We all have families, lives, and life goes on.”

Tough one. We’ll take on Serbia tomorrow in Dongguan.#USAGotGame pic.twitter.com/WQMrhq7mel

The USA was playing without several top stars who pulled out, including Anthony Davis, James Harden, Damian Lillard Bradley Beal. The Americans were 5-0 entering the game. Follow Adam Zagoria on Twitter And Like ZAGS on Facebook