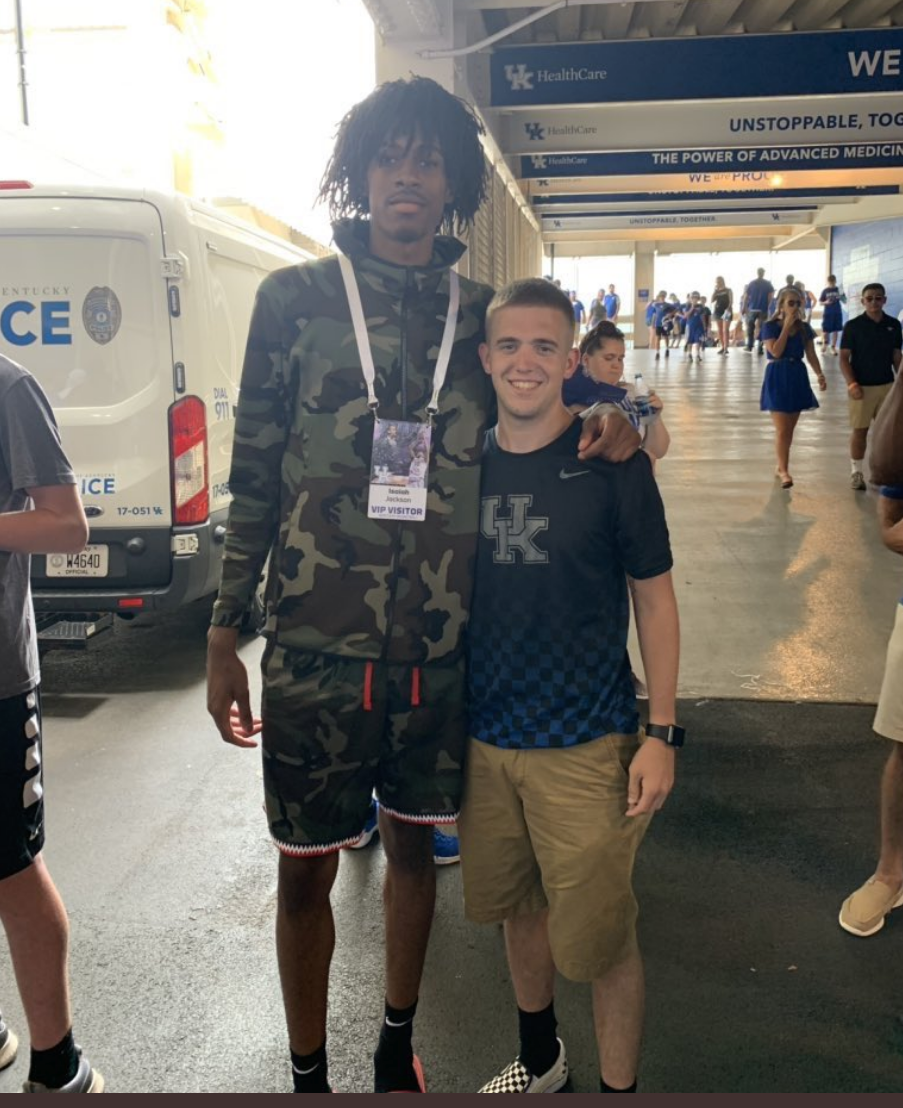 By ADAM ZAGORIA Isaiah Jackson, the 6-foot-9, 195-pound power forward from Waterford Mott High School (MI), took his first official visit to Kentucky weekend of Aug. 30. Jackson is ranked the No. 3 power forward in the Class of 2020 by 247Sports.com. “It’s unfair because we have nothing to compare it to right now but it was mad,” Wesley Jackson, Isaiah’s father, said Monday by phone. “Everything that I wanted to see. Questions answered and I didn’t even have to ask. His mom had the same outlook on it. We just spoke on training, academics, eating, teaching them how to get to be professionals, different things like that. We spoke on the major things. Basketball, we didn’t speak a whole lot roles and stuff. They’re going to let him play his game, and just kind of train him and develop him. They loe what he already has and don’t really want to take away from it.” Kentucky coach John Calipari and his staff watched Jackson this summer at Peach Jam. Playing with The Family at the Peach Jam, Jackson averaged 10.6 points and 5.6 rebounds and impressed a slew of coaches. “Those guys are the ultimate professionals,” Wesley said. “They didn’t talk about any other school, they didn’t talk about any other kid. I even asked them about other schools and they said, ‘We just don’t do that here. We let our brand speak for itself. We don’t have anything negative to say about anybody. We concentrate on us.’ And that’s what they did. They concentrated on Isaiah and they said ultimately he has to take what he wants. And that’s perfect, I want him to earn it.” Wesley said they plan on visiting Alabama, Syracuse, and possibly Arizona and/or Oregon. He said no dates are set for thse visits, but that they will all take place by the end of October. “We’ll get everything lined up, five or six more,” he said. “And then we’ll make our decision like early November, early signing.” Photo: @Trav_Graf Follow Adam Zagoria on Twitter And Like ZAGS on Facebook