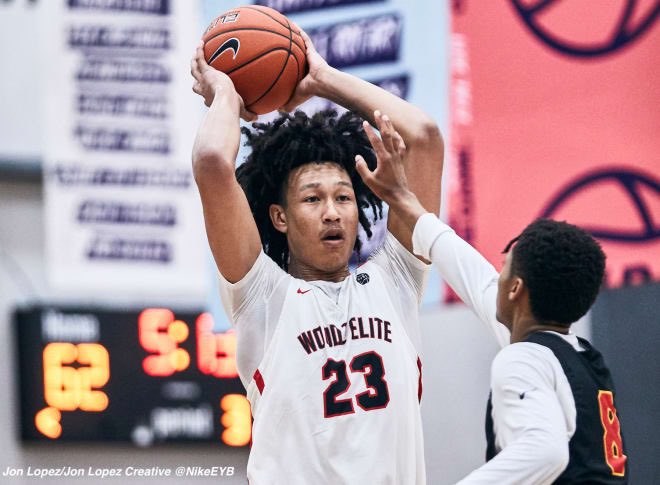 By ADAM ZAGORIA Jaylin Williams, the 6-foot-10 big man from Fort Smith (AR) Northside, announced his top seven schools. Williams is down to Arkansas, Auburn, Illinois, Iowa State, Oklahoma State, Texas A&M and UConn. “I chose them over the others because they showed the most interest in me and also because they have had success with the forward position,” he told Rivals.com. “I want to go to a school that I know they can help me become the best player that I can be, and these seven showed me a lot of the stuff on how they could help.”

Top 7….. So grateful for this opportunity. Thank you to all the coaches and schools that have recruited me and believed in me. @TiptonEdits pic.twitter.com/6mpZxXQKsF